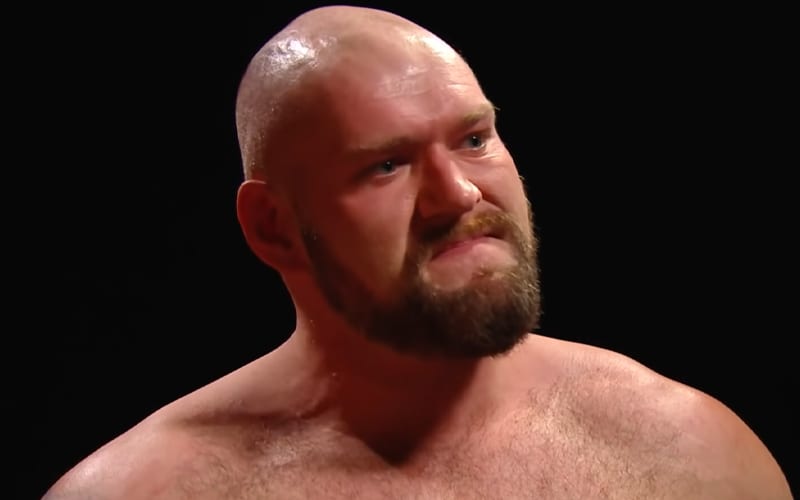 Lars Sullivan was removed from WWE television for a long time, but it was because of an injury that did not heal as rapidly as they first thought. An additional procedure was required for The Freak, but he did make his return during the 2020 WWE Draft.

Sullivan was placed on the SmackDown brand and then he ran roughshod over the roster, by invading matches, for a few weeks. They’ve kept Sullivan out of action, but did introduce him a bit more through sit-down interview segments.

WWE has not featured Lars Sullivan on television in two weeks. There is a rumor going around that his absence is due to Joe Biden winning the 2020 Presidential Election. Some fans said that Vince McMahon is “cleaning house” of controversial characters, and the rumor spread.

Ringside News has learned that there is no truth behind keeping Sullivan off television because of the US Presidential Election’s results. They are also not punishing him for any reason due to controversies stemming from old message board posts or his brief stint in the adult film industry.

WWE didn’t even have time to properly book Natalya and Otis for Survivor Series by holding qualifying matches. SmackDown has been a loaded show for the past couple of weeks, and Lars Sullivan simply didn’t fit into their plans.

We exclusively reported that bringing back Lars Sullivan was a complicated situation. He is a rather unpredictable human, but that was not the reason why WWE didn’t book him on the show. It also had nothing to do with the Presidential Election at all.

They’re not finished with The Freak. Just because he didn’t appear on the blue brand for a couple of weeks doesn’t mean he’s gone for good. Stay tuned.