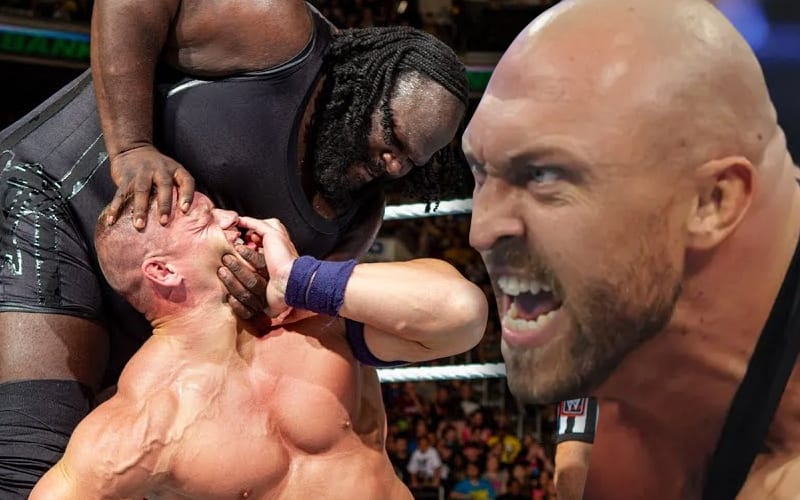 Ryback and Mark Henry now have a beef over things The Big Guy said about championship titles. He called titles “props,” and Henry took exception to that in a big way.

Mark Henry also called Ryback out for being unsafe. He said that many wrestlers feel this way about him.

Ryback returned fire at Mark Henry by saying that John Cena didn’t want to work with The World’s Strongest Man because he “was the sh*ts.” So, Ryback offered to work with the WWE Hall of Famer instead.

Let’s also just fucking air it all out there. @johncena didn’t want to work @themarkhenry on live events because he believed Mark was the shits, so I stepped up and offered to work with him, which was much harder on me physically, but knew we would get great reactions.

Ryback is not going to take any of those accusations without firing off a reply. It doesn’t seem like he’s done with Mark Henry after receiving that roasting on Busted Open Radio.

Keep checking back with Ringside News as we continue monitoring this ongoing situation.