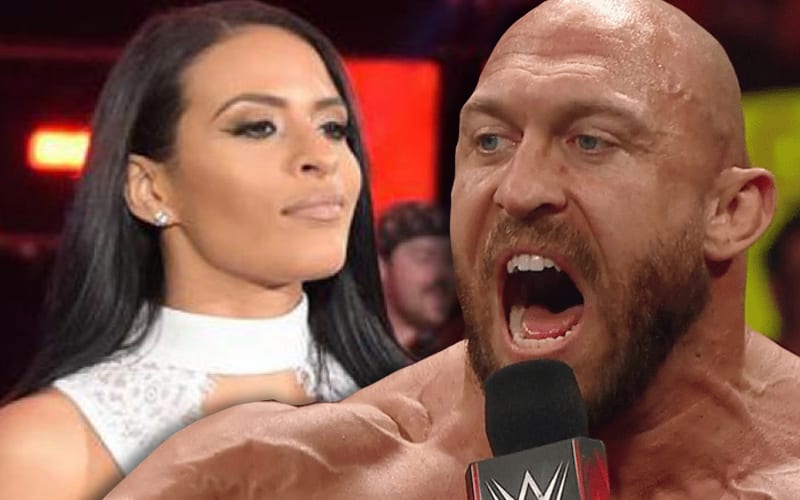 WWE sent down an edict that talent needed to leave third party platforms, but if paperwork wasn’t signed then WWE axing Zelina Vega over violating that policy might not have been legal.

Ryback opened up during his Shooting Blanks Wrestling Report where he said that if WWE didn’t get Vega to sign anything, then firing her was illegal. He then explained that the company will file people into a room and get them to sign additional paperwork which is added to their contracts. It happened to him while he was with the company.

“If she never signed any paperwork with them, I promise you what they did was probably illegal. Now they can say they fired her for other reasons outside of that, but I think it was pretty apparent they made an example of her because she didn’t go along with the flow on the Twitch like everybody else.”

“What they do is they create new paperwork. This is what they did when I was there. They herd the talent into a room and they force you to sign. They are literally adding to the contract. It really puts people in a tough position because you’re damned if you do and damned if you don’t.”

“So I’m curious, if she’s using her real name on that and she never signed that new paperwork, they can find themselves in a messy situation.”

WWE could need to back up their decisions if Andrew Yang is able to put pressure on Vince McMahon as he has promised on numerous occasions. Yang has not been given a position in Joe Biden’s upcoming administration yet, but the former presidential candidate will still have a substantial amount of pull.