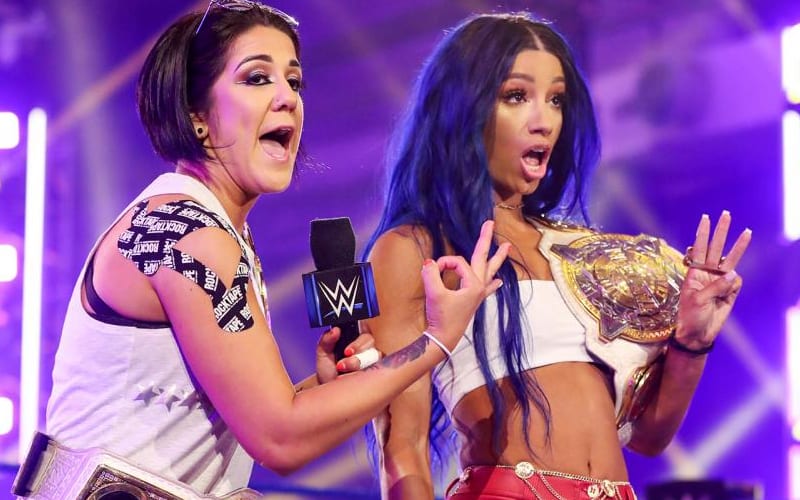 They say you never know what can happen in WWE, and Sasha Banks understands that all too well. Her union with Bayley was split, and now they have gone separate ways. If you ask The Boss, they’re far from finished.

While speaking to Fox Sports, Sasha Banks was asked if she thinks WWE will eventually reunite her with Bayley on television. Banks was quite positive that it will happen. Knowing WWE, the two could go from being best friends to getting hitched.

“Knowing WWE, absolutely. It is so crazy here. Girl, do you not know what I do for a living? Of course, anything is possible here.

“We will be best friends, probably by tomorrow. This is WWE. They’ll probably make us get married. Who knows? Maybe next year. It’s WWE.”

Sasha Banks has Carmella to deal with next. It appears that the two will battle at TLC. Bayley and Bianca Belair are now feuding. Bayley and Banks might have split up, but they are likely to find their ways back to each other eventually. Who knows? We might even get a wedding angle out of the deal.