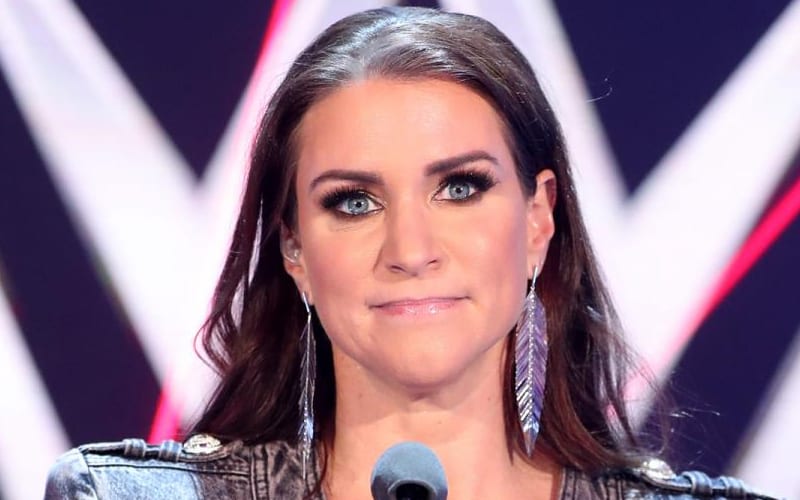 WWE didn’t miss a week during the COVID-19 pandemic. They had to move a lot of things around and work through unpredictable situations, but WWE continued to produce original content every week. That apparently meant a lot to one fan who recently got to tell Stephanie McMahon all about it.

The company sent out a recent press release where they touted how the WWE Network has increased 6%, and their YouTube channel saw a 70% increase since the pandemic started.

Stephanie McMahon also provided a quote as she told a story of a mother who thanked her for WWE staying on the air during such trying time. This was during a Make-A-Wish drive-thru event in Connecticut.

It was last Friday night at a WWE-themed holiday “drive thru” community event for Make-A-Wish CT that stands out to me the most. My daughter and I were greeting families in their cars alongside Santa Claus, when a mom sitting in the passenger seat became very emotional. She expressed how hard quarantine has been on her family, how frightening it is for her as her child is high-risk given her medical condition, and how deeply grateful she is that WWE stayed on the air through the pandemic. She told me, “you have no idea what it means to have an escape that we can rely on, every single week.” She was visibly shaking. Her words reinforced to me what a privilege it is to be a part of a brand that can have that kind of impact.

WWE stayed on the air mostly for their advertisers and TV deals, but their fans were also a big reason to keep going. WWE helped provide a sense of normalcy, even though the shows were produced without live fans. The ThunderDome also brought an innovative way to bring fans into the action in a brand new way.

We’ll have to see what 2021 looks like for WWE, but odds are they won’t miss a week after making it through such a difficult 2020.