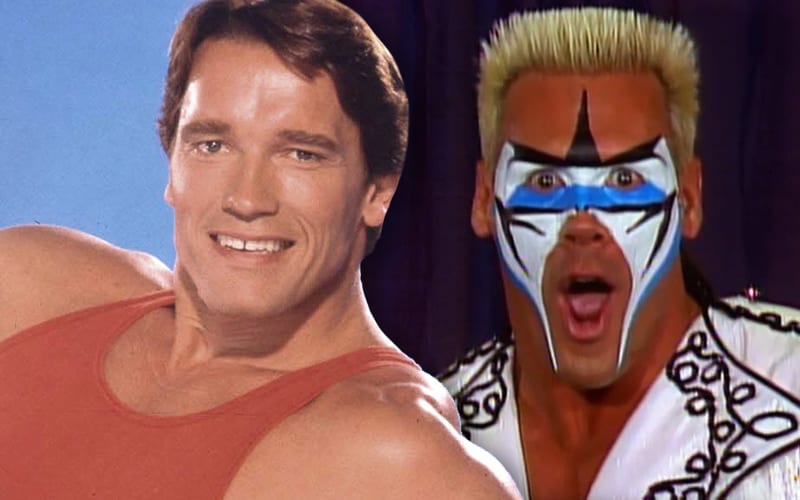 Sting started out his pro wrestling journey with one goal in mind. He wanted fame, and he saw the bright lights of the pro wrestling ring as a way to get there.

We previously covered how Sting didn’t even know who Hulk Hogan was when he walked into the gym is used to run. It wasn’t until his friends informed Sting that Hulk Hogan was Thunderlips from Rocky III that he really paid attention.

While speaking to AEW Unrestricted, Sting said that when he got into the pro wrestling business, his intention was to have a big name. He wanted fame like Arnold Schwarzenegger and Hulk Hogan.

“I had no idea what pro wrestling was, anyway, we go to this big show and I say this is what I wanna try and do. For me, I just wanted to make it big. That was it. To make it big like Arnold, like Hogan. So, that’s where it all started.”

Now that he is with AEW, Sting wants to use that established name he made for himself to help mentor the younger talent on the roster.

Sting didn’t watch pro wrestling growing up in California. He eventually learned more than enough about it, and that set him on a course to find fame. He was able to achieve that fame for himself as he became The Icon, and an incredibly influential character in pro wrestling history.