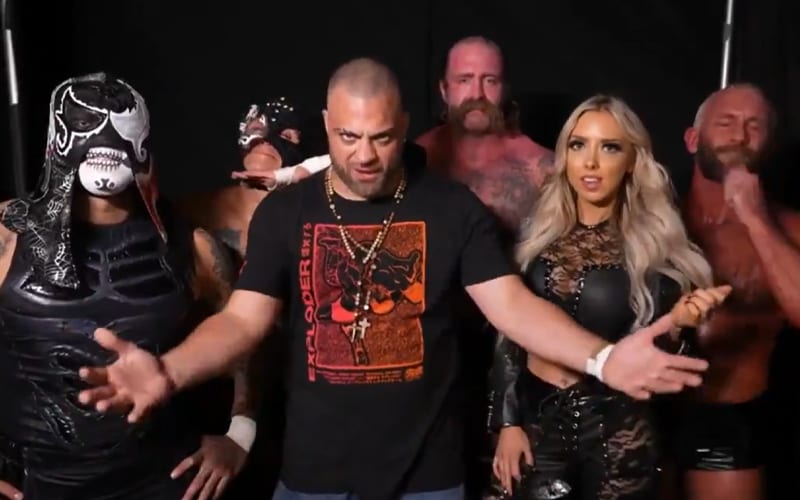 The Bunny was introduced with Butcher and the Blade. Allie, The Bunny is married to Blade in real life so it was a logical team. AEW split them up for a while, but now they’re back together, and part of a larger faction.

Eddie Kingston formed a union with Penta, Fenix, Butcher, and Blade after AEW signed him to a deal. Penta and Fenix were previously with Pac in The Death Triangle, but Pac hasn’t been seen since the pandemic started.

They have now officially added The Bunny to the mix. Kingston was more than excited to cut a promo about how formidable his stable has become.

Now Eddie Kingston’s stable has The Bunny who can compete in the AEW Women’s Division. Allie was previously teaming with Brandi Rhodes, but the Nightmare Sisters are over.

You can check out the promo below as Eddie Kingston proudly proclaimed that “the family is back together.”