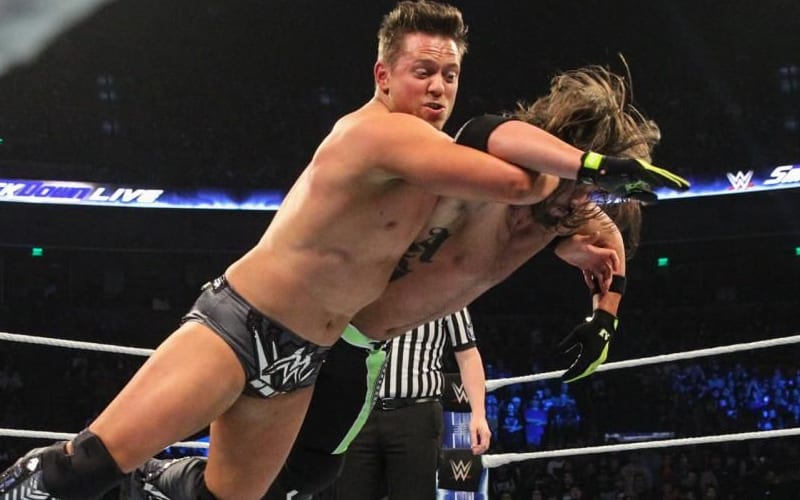 The Miz is a multi-time champion in WWE and has also main evented WrestleMania once in his career. The Miz’s finishing move The Skull Crushing Finale has been responsible for all his biggest wins.

Now it seems one WWE Superstar is not a fan of his finishing move. RAW Superstar Titus O’Neil recently took part in a Rapid Fire Q&A session with WWE AL AN host Nathalie Mamo.

During the session, O’Neil was asked several questions. Most notably, he was asked to name the WWE Superstar who has the worst finishing move in the history of pro wrestling. O’Neil revealed that he thinks The Miz’s ‘Skull Crushing Finale’ is the worst finisher of all time. However, O’Neil provided no explanation as to why he hates the move.

Several fans are likely to disagree with what O’Neil said as there are other Superstars who have noticeably less impactful finishing moves. The likes of Byron Saxton come to mind.

Do you agree with what Titus O’Neal said? Let us know in the comments below!