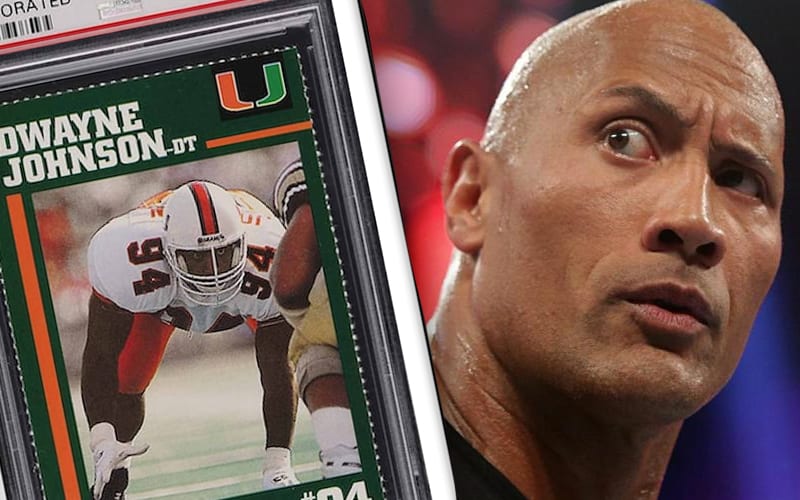 The Rock had dreams of becoming an NFL player prior to entering the squared circle. He followed in the family business of bodyslams, and that landed his face on plenty of WWE playing cards. He did get a college football playing card, and those are incredibly rare.

A playing card of Dwayne Johnson from his University of Miami days just sold at auction for $13,988. That is a ridiculous amount of money to own a piece of The Great One’s playing days.

During The Rock’s 1994 season with the University of Miami, the Bumble Bee tuna company produced a set of cards with the team’s players. That lineup included other well-known names like Ray Lewis and Warren Sapp. Rohan Marley, Bob Marley’s son, was also on the team.

The 24-card sheet was handed out during the Orange Bowl, according to TMZ. It was a rainy day. A ton of those cards were soaked and ruined. After all, nobody had any idea who those players would turn out to be.

There are only 50 of those Dwayne Johnson cards from the University of Miami known to be in existence. They don’t come up for auction very often at all. This might be a good time to start digging if you were at the Orange Bowl in 1994.