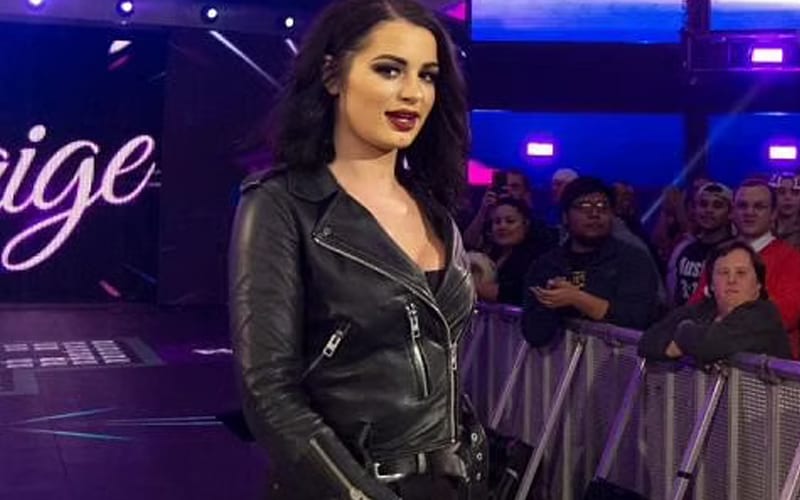 Paige had to retire from in-ring competition in her mid-20’s due to a neck injury. She cannot wrestle again under WWE’s watch, but there was some hope this time last year that she could be returning.

Rumors started swirling that Paige was gearing up for an in-ring return last year, just prior to the pandemic sweeping the United States. Hope of Paige’s in-ring return was amped up by an announced appearance on SmackDown. Then she couldn’t leave California due to travel restrictions.

Paige did make that appearance “via satellite,” but she did not announce any sort of in-ring return. She hasn’t been seen on WWE television since apart from appearances on WWE Backstage, the same show where it was revealed in 2019 that she signed a new WWE contract. The length of that deal was not disclosed.

Ringside News asked around about Paige, and there is no plan to use her in a creative sense. Her name doesn’t come up. She managed the Kabuki Warriors, and that was a great team, but impossible to recreate since Kairi Sane is no longer wrestling.

We have also been told that there was actually no plan for Paige to make an in-ring return last year. You can chalk that up to fans getting very hopeful that something would happen. It was never in the plan, because Paige isn’t cleared to compete.

We’ll have to see if WWE uses Paige in any way before her contract runs up. She is still permitted to keep her Twitch Channel, and that’s where fans can find Saraya if they need her for now. Paige was also publicly on Zelina Vega’s side in regards to wanting a pro wrestlers union.