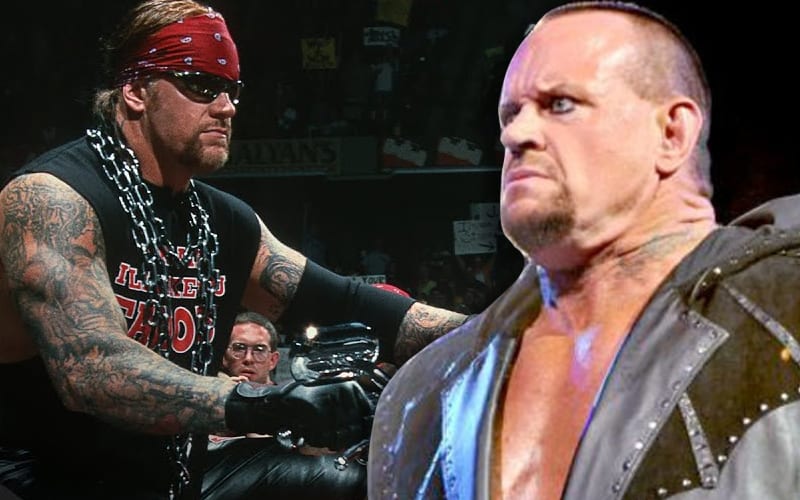 The Undertaker’s character in WWE evolved over time and he was able to keep things fresh because of it. One incarnation of his gimmick stands above the rest, and he has to label is as the most fun.

While speaking to WWE The Bump, The Deadman opened up about his history in WWE. He was asked which gimmick was the most fun to portray, and he had a very special one in mind.

“You have to say with me the traditional Undertaker, obviously. Probably the most fun was American Badass because that part just allowed me — there were no handcuffs — I could do what I wanted, I could talk what I wanted. It was perfect for the time period we were in, the Attitude Era, so that was and riding the bikes out obviously that was really fun. I think original Deadman was my favorite iteration of it.”

The Undertaker brought back a revamped version of his American Badass character for his WrestleMania 36 feud with AJ Styles. That called for a return to his character because Styles’ digs at the Deadman were very personal. This brought out a version of Taker that was more true to who he is in real life.

Survivor Series is set to feature The Undertaker’s “Final Farewell.” They invited back some of his favorite foes, and friends from the BSK as well. His WWE contract has another 15 years on it, so we’ll just have to see how long it takes for that “Final Farewell” to stick.