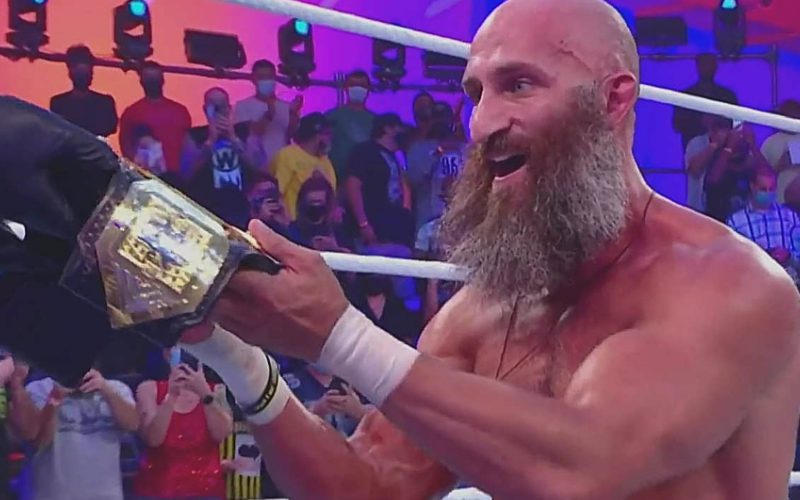 Samoa Joe relinquished the NXT Title over the weekend. He cited injuries, but did not disclose them. There is some question whether he is really injured as well. A new champion needed to be determined and they got the job done during WWE NXT 2.0.

Click here for our complete coverage of WWE NXT 2.0

Kyle O’Reilly never made it to the match. He was attacked backstage and replaced by Von Wagner.

Tommaso Ciampa, Pete Dunne, and LA Knight were able to wrestle even though Knight lost the opening match to Bron Breaker. This match got a decent amount of time and the NXT crowd was very invested in this one as they chanted heavily throughout.

In the end, Tommaso Ciampa won the match and became NXT Champion once again. Goldy is now back with Ciampa, and he was very happy to have her once again.