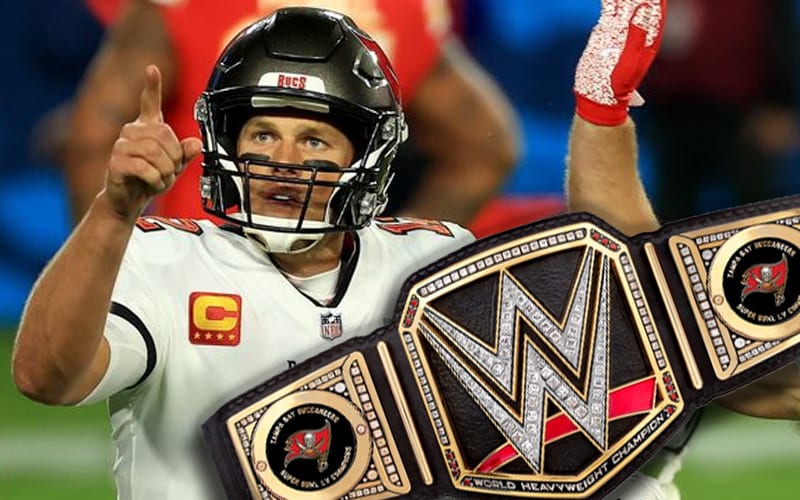 Tampa Bay won their second Super Bowl in franchise history and they did so with the help of former WWE 24/7 Champion Rob Gronkowski. Triple H has another title belt all ready for the team.

WWE will usually gift the winning team of season with their own World Title belt. This big win for Tampa came weeks before the city is set to host WrestleMania 37 as well.

Triple H tweeted out an image of the title that Tampa Bay is set to receive along with a congralatory message.

Congratulations to @TomBrady and the @Buccaneers on an incredible performance in the #SuperBowl. From the #WWEThunderDome to @RJStadium, enjoy this @WWE custom title … @RobGronkowski will know what to do with it!!!

WWE is very happy for Tampa Bay right now. Not only will they get to stay in the city even longer and keep that momentum going, but they will also be filling up Raymond James Stadium on April 10th and 11th for WrestleMania 37.