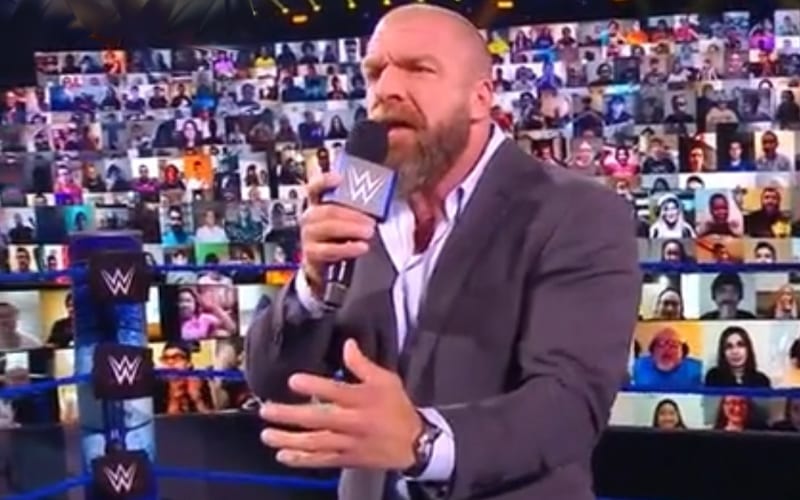 WWE presented their season premiere this week, and Triple H helped kick off the show. He was also incredibly useful backstage.

Click here for our complete coverage of WWE Friday Night SmackDown from this week.

Ringside News previously reported that the first hour of SmackDown ran long this week. That threw off the entire show, but we were told there was a saving grace backstage.

A tenured member of the team told us that “a lot of the good stuff on tonight’s show was because Triple H was there.” It was said that he helped make the show “much better” by being around after the first production meeting was over.

A lot of fans banter about who should take over WWE’s booking and operations when Vince McMahon can no longer perform his duties. This week Triple H did a lot to show just how vital and helpful his presence can be.