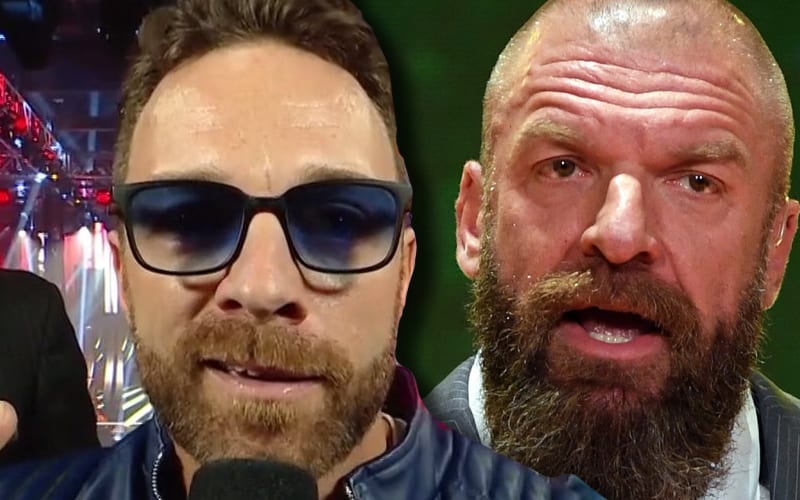 Eli Drake debuted for NXT during the pre-show before NXT TakeOver: Vengeance Day. He has a new name, and LA Knight has a ton of potential already.

During the post TakeOver conference call, Triple H was asked about LA Knight coming into the company. He has been a fan of Knight’s for a while and sees big potential in him. Now it’s LA Knight’s turn to show what he can do in the black and gold brand.

“I do not think that there’s a ceiling on anybody when they walk in the door. I re-evaluate or evaluate everybody as they’re walking in the door. My hope is that all of them have the potential at one point in time to garner whatever they need to become as big of a performer as they can be here. I have been a fan of LA Knight’s since he was here the first time. There’s a lot of reasons, on his side and our side, as to why that didn’t work out that time.”

“Phone calls were made and interest was on both sides, and it just went from there, and it was smooth and easy. He wants to be in a place where he can have the biggest platform in the world. That’s here, and I want to give it him. So, we’re gonna run with it and see where we can go, and there is no ceiling.”

Eli Drake previously went as “Slate Randall” when he was in NXT the first time around. LA Knight is a much different name, and enough time has also passed where his veteran ability is even sharper. Triple H certainly can’t wait to see what he does next.