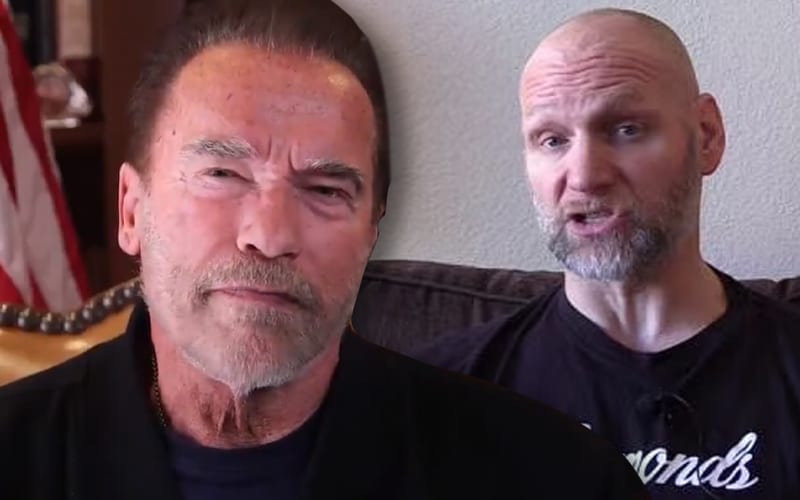 Arnold Schwarzenegger dropped a passionate video about the recent riots in Washington, DC. The True Lies star called out all of the lies that were fed to citizens which brought them to that point. While holding the Conan sword, he gave an analogy about how a sword gets stronger each time it is tempered. Much like a sword, America will be even stronger after this.

Val Venis was not happy at all about Schwarzenegger’s seven-minute long video. During his message, Schwarzenegger compared the Proud Boys to Nazis and he called out the spineless elected officials who provoked the events.

Venis fired off a tweet at Arnold where he unleashed on “delusional humans” who rose to wealth and fame under American freedom.

SO DISAPPOINTED AT @Schwarzenegger! ANOTHER HUMAN WHO SOLD OUT AMERICA TO COMMUNIST CHINA. THIS TRAITOR IS OF THE SAME ILK AS ANOTHER AMERICAN SELL OUT @TheRock! THESE DELUSIONAL HUMANS ROSE TO WEALTH & FAME UNDER AMERICAN FREEDOM. THEY ARE NOW PULLING THE LADDER UP BEHIND THEM

Val Venis was not a fan of The Rock endorsing Joe Biden for President either. The Big Valboswski said that Dwayne Johnson “sold his soul to the devil.”

Now Val Venis has just about the same opinion about Arnold. Venis isn’t done tweeting yet, and it appears that there are no limits to who he will take shots at, even The Pope.

You can check out Arnold Schwarzenegger’s video and Val Venis’ response below.