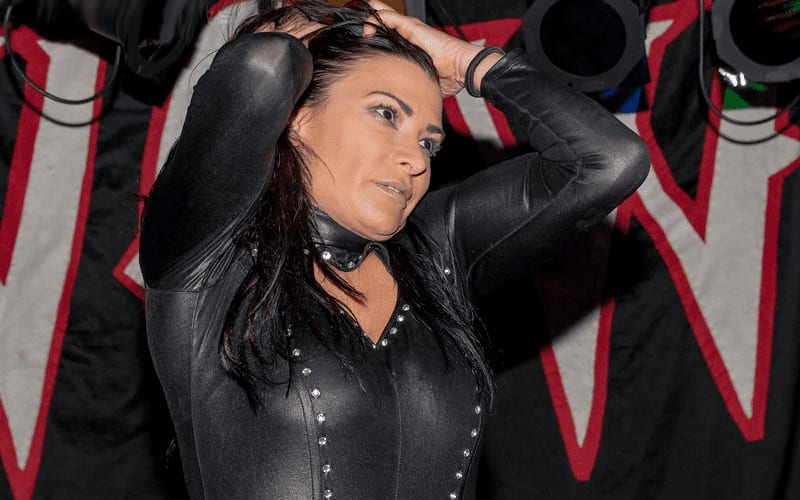 Victoria’s pro wrestling career didn’t end when she left WWE, but she left when it was clear that her time on the top was over.

While speaking to Chris Van Vliet, Victoria revealed that she asked for her release from WWE while there were two years left in her contract. She wanted to become a champion, and it was evident that wasn’t going to happen.

“No, I had two years left on my contract when I asked for my out. I talked to Vince, Johnny Ace, and Stephanie McMahon. I asked them, ‘Do you see the title in my future?’ Their face gave it away. If I would have known if I would have been an enhancement talent, like Fit Finlay – all the new guys would go through him because he’ll teach them the ropes in the ring – I would have stayed if I had been told that.”

“I didn’t know what I wanted to be when I grow up. I told them that. I go, ‘I know I’m in my 40s, but I don’t know what I want to be when I grow up.’ I’m a kid still and I don’t want to hate the business. I didn’t want to be that bitter vet you meet those people at Comic-Con that just talk so badly about the business. I wanted to appreciate what I did and love it, still.”

It didn’t take Victoria long to get an offer from TNA. The rest is history. She ended up becoming a five-time Knockouts Champion with TNA. It seems that she doesn’t regret that decision.