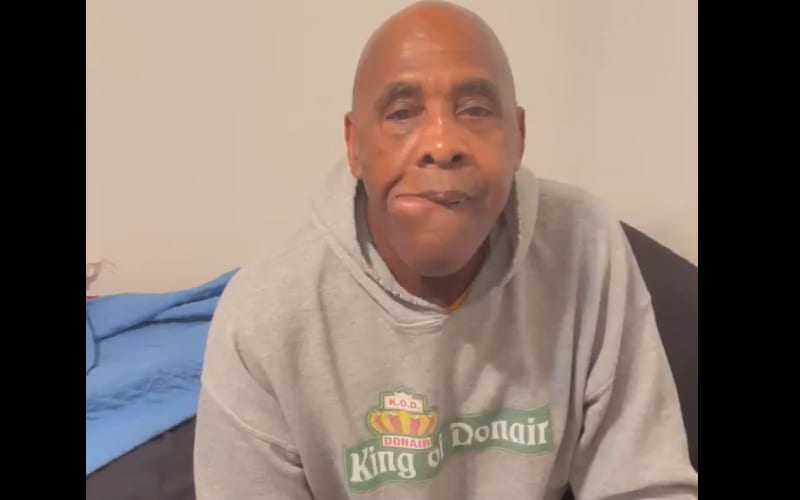 Former WWE Superstar Virgil is on Cameo, and he wanted to get the word out. He also let something else out in the process.

Virgil cut a little promo on Twitter where he plugged his Cameo personalized videos. He was his old self in the video, and part of himself was also showing. This may not have been an accident, and it garnered quite a bit of attention.

Yes, Virgil’s balls were showing. There is no other way to say it. The caption he decided to use showed a bit of an indication that he knew he was exposed. The words “dick,” “hog,” and “beef” were all included.

I love @BookCameo it’s always a ball of fun. I’m never a dick like other celebs. So here’s a Tip: don’t HOG all of me and give your loved ones a special day and grab a piece of my beef. I always stay a head of the curve. Book me today

You can book Virgil on Cameo for $69, oddly enough. If you book a Cameo, we’re not sure if the indecent exposure will be included. He might upcharge for that.

Virgil is obviously still lonely. You can check out the video below.