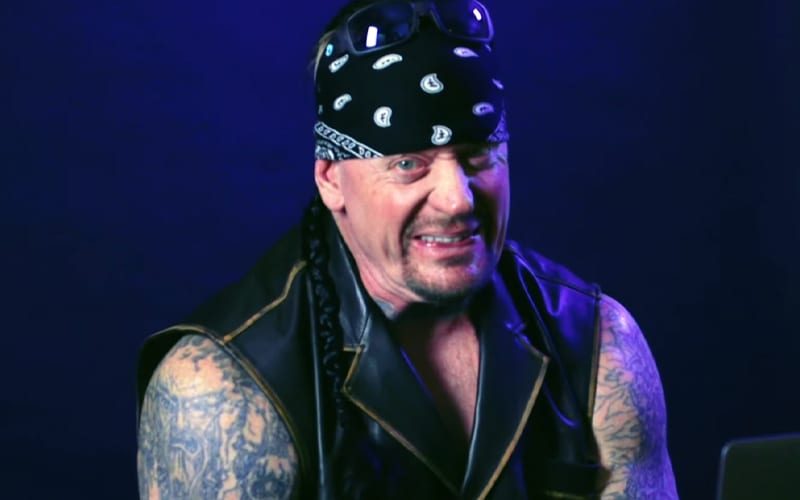 The Undertaker gave his Final Farwell, and now Mark Calaway can have some fun. The Deadman recently surprised some fans who had no idea he was watching.

Omaze and The Undertaker are teaming with for a big sweepstakes. The winner gets to take a WWE Performance Center tour with Big Evil. To hype the contest, The Undertaker decided to surprise some fans.

These unsuspecting fans thought that they were just doing a video about The Undertaker to talk about his career. Then they were given the opportunity to cut a little promo on him. This is when The Undertaker popped in to surprise those fans with an epic prank. Needless to say, they were quite surprised and their reactions were priceless.

We can only imagine that these surprises wouldn’t just be virtual, but due to the world’s situation they made it work with webcams. You can check out the video below.