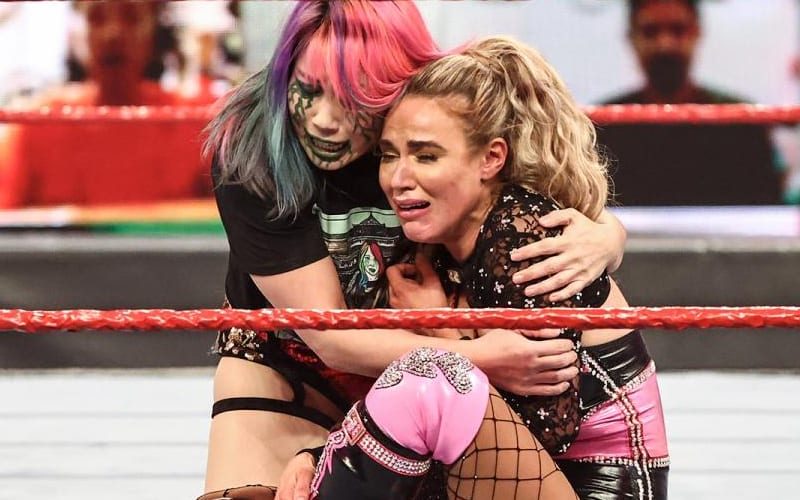 WWE pulled Lana from her scheduled match at TLC. This came at the hands of Nia Jax and Shayna Baszler. It also seemingly ended the ongoing storyline of her push.

The talk coming out of Raw is that Lana was expected to be off TV for the next several weeks, possibly as long as 3-4 weeks.

This was not noted as a legit injury. Lana will not be kept off television. Asuka will still need to find a new partner at WWE TLC on December 20th.

Who will replace Lana is also unknown at this point. Anything is a rumor, especially one involving a big surprise return to fill Lana’s spot.