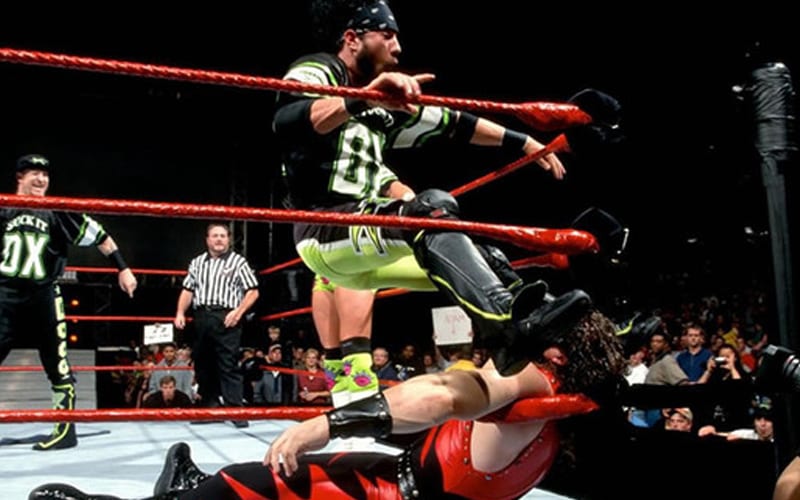 There were a lot of interesting decisions in WCW. They were also on TNT, a network with a strict standards and practices department. This sometimes got in the way of creative moves, especially ones that involve putting one’s crotch in their opponent’s face.

X-Pac 1,2,360 returned and X-Pac had a lot to say in that episode. He revealed that his Hepatitis C is now cleared and he’s looking to work a handful of matches. He also discussed his career a bit and revealed why his signature Bronco Buster move was banned in WCW. It was just too much for the censors.

“When I was first trying to get it over, they banned the move, they banned that sh*t on WCW. Standards and practices did. By the time I got back to [WWE], there was a lot worse sh*t happening on TV. In WCW, the match where Scott [Hall] and I drop the Tag Team Titles to the Steiners, I go to do it to Rick and he wouldn’t take it. He wouldn’t stay in the corner. Scotty would try to set it up for me and he wouldn’t do it. The second time I try to do it, he puts his foot up and hits me in the balls.”

The network’s input can sometimes interfere with a creative direction. If it weren’t for fear of parents writing in about their kids doing Bronco Busters to each other, then WCW might have allowed the move. WWE obviously had no issue with X-Pac bouncing away on his opponents in the corner. Running into opponents who refused to take the Bronco Buster is another story.