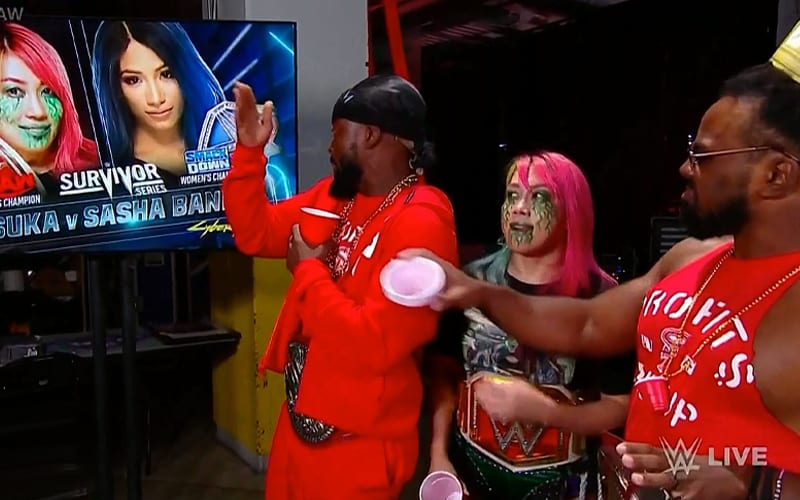 WWE previously announced that Sami Zayn will take on Bobby Lashley at Survivor Series. They are keeping that theme going for the event.

The New Day did a segment backstage where they revealed that they will take on the Street Profits at Survivor Series. Then Asuka showed up and said that she wants the smoke. Kofi said that she’ll be taking on Sasha Banks instead.

Roman Reigns vs Randy Orton was also added to the event. That match will put WWE’s two top champions against each other.

You can check out the updated card below: