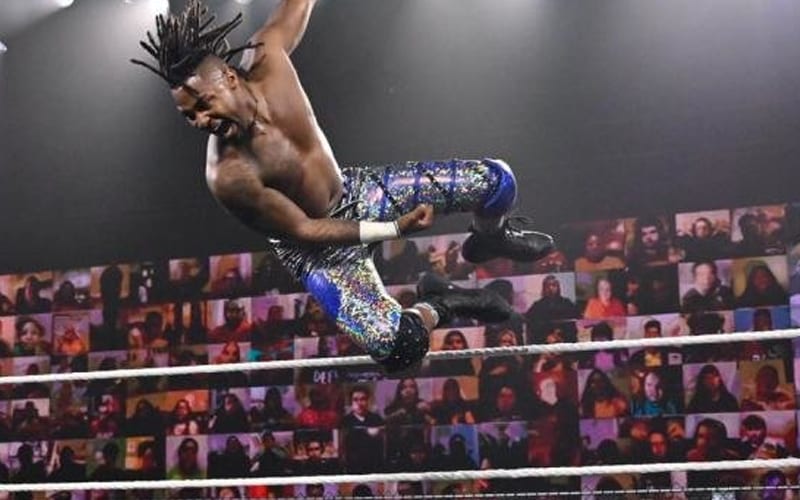 NXT is in the Capitol Wrestling Center. They have screens all around the ring like the ThunderDome, but they haven’t opened up registreation for fans yet. There’s a reason for that because they’re using stock fan footage.

Apparently, when fans sit in on the ThunderDome they give the company the right to use their image however they see fit. That applies even if a fan is actually watching AEW Dynamite.

One fan called out WWE during the show this week. The company featured her on NXT, but she was watching TNT at the time. She got on Twitter and dropped a video which called WWE out for using her footage when she wasn’t really watching.