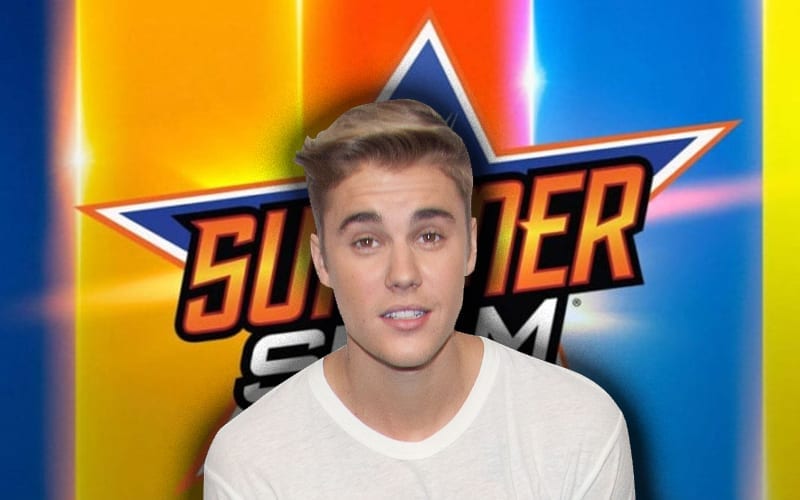 Justin Bieber has been a part of many cool moments. He almost had a big match in a WWE ring at SummerSlam, the company’s Summer showcase.

Paul Wight, fka The Big Show, spoke to Talk Is Jericho recently where he revealed nixed plans for Bieber, John Cena and himself to team up and face The Wyatt Family. That match feel through, but it would have definitely brought a ton of interest to see if Justin Bieber could hold his own in a WWE ring.

There was doubt on WWE’s end that Justin Bieber would be a big enough name, and Bieber’s camp wanted to get paid as well.

“Years ago, I worked out for one of the SummerSlams in LA, I had worked out with a very good friend who worked with Scooter Braun and Justin Bieber. It was gonna be John Cena, The Big Show and Justin Bieber vs. the Wyatt Family at SummerSlam. This deal was really, like this was, Bieber was on board, he was excited, he wanted to work out with John and I, like this was a really, really big deal.”

“Then one of the people who make decisions said ‘I just don’t see how Justin Bieber’s gonna relate to our audience.’ It’s like, does anyone not see the amount of eyes that Justin Bieber would bring to that match?

“I think WWE offered to help promote his album or something, like you’re dealing with Scooter Braun. Scooter Braun is all about cash, and they jacked Scooter around for two weeks, and Scooter’s like, ‘listen, it’s not gonna happen, I got the kid a million dollars to watch a soccer game.’”

This seems like a big missed opportunity on WWE’s part. They had Bieber ready to go, but dropped the ball. It’s hard to say how big of a draw Justin Bieber would have been with WWE fans, but we know how popular he is with everyone else.