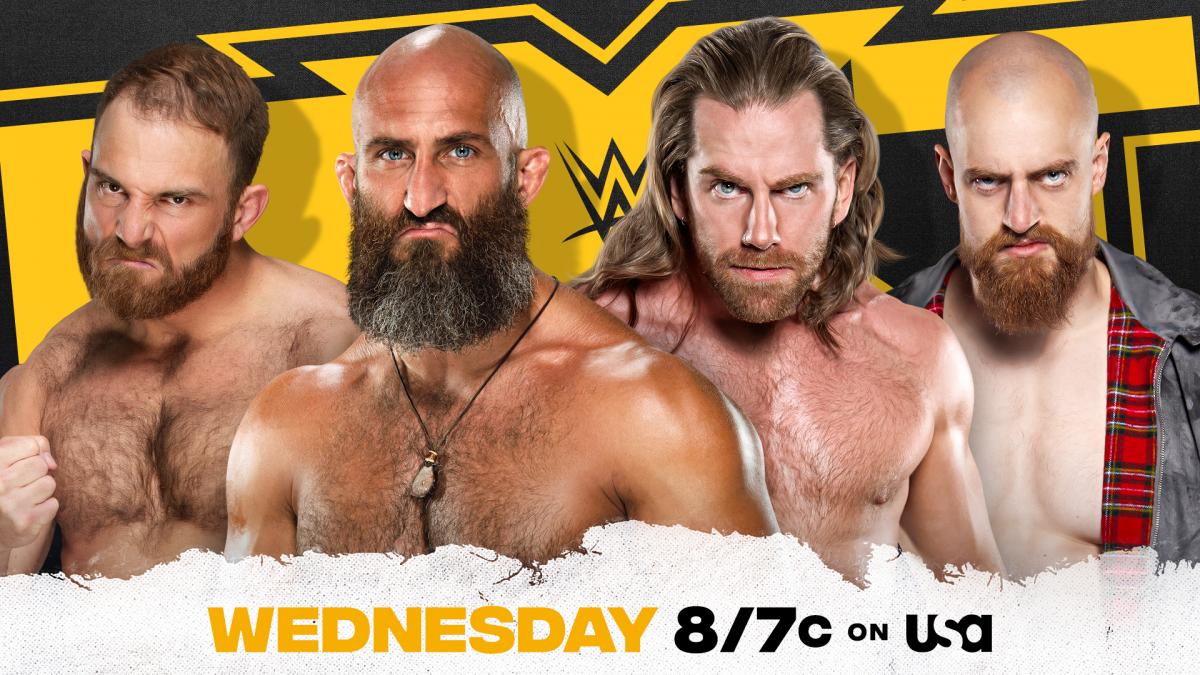 It’s Wednesday night once again which means a brand new episode of WWE NXT and Ringside News has you covered with live play-by-play results coverage.

Start time for WWE NXT is at 8:00 PM EST. Match-by-match highlights and results from the show will take place on this very page. Feel free to leave any reactions in the comment section below.

As for tonight’s show, we’re getting the final three semi-final matches of the Dusty Rhodes Classic; Legado del Fantasma Vs. MSK, Tommaso Ciampa and Timothy Thatcher Vs. The Grizzled Young Veterans, and, on the women’s side, Ember Moon and Shotzi Blackheart Vs. Candice LeRae and Indi Hartwell of The Way. These three matches will set-up the two final matches of the Dusty Cup, which will be decided on Sunday night at TakeOver. Which teams do you think will progress to the final? Let us know below!

Of course, with a huge showdown for the NXT Championship on Sunday night, Finn Balor and Pete Dunne will come face-to-face once more. Dunne and his cohorts have gotten the best of Balor week-after-week, so maybe tonight Balor can get one-up on Dunne ahead of their match.

As for the rest of the show, we know Austin Theory will be taking on Kushida. Johnny Gargano was supposed to face Kushida for the North American Championship on Sunday but the Champ is injured, so Theory steps in his place tonight. Xia Li will also be in action, Cameron Grimes returns to the black and gold brand, and Karrion Kross will make an appearance alongside Scarlett.

That’s the rundown for tonight’s NXT. It’s an action-packed run-in to Vengeance Day and we want to know what’s on your mind. So sound off below, and enjoy the show!