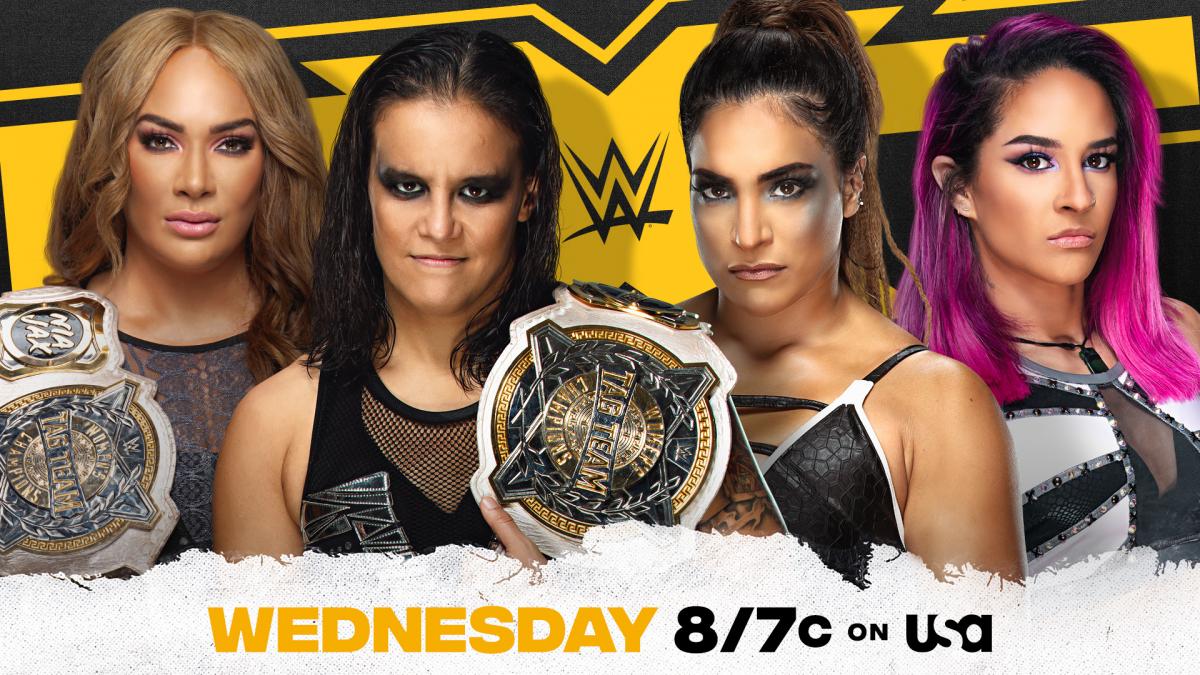 Start time for tonight’s show is 8:00 PM EST. Match-by-match highlights and results from the show will take place on this very page, so you should update frequently to get the latest happenings. Feel free to leave any reactions in the comment section below.

Tonight’s NXT is set to be a tag-team heavy one, as Dakota Kai and Raquel Gonzalez get to capitalize on their Dusty Cup win and challenge Shayna Baszler and Nia Jax for the NXT Tag Team Championships. Beyond that, Timothy Thatcher and Tommaso Ciampa take on Oney Lorcan and Danny Burch in a non-title match. Who do you seek coming out on top in these matches? Let us know below!

Elsewhere tonight, Johnny Gargano has demanded The Way seek therapy because of Dexter Lumis. We assume this will result in some funny segments centerered around Indi Hartwell and Austin Theory. Also, L.A Knight makes his debut on NXT, but it’s unclear if that means he’ll be competing or just cutting another scathing promo.

That’s all we know about tonight’s NXT but we’re pretty sure we’ll get more fallout from The Undisputed Era’s dissolution, which also includes the NXT Champion, Finn Balor. Follow along here by clicking below for the latest results, and enjoy the show!

This week’s NXT opens with a look back at last week where Adam Cole faked an apology before superkicking Finn Balor again and low-blowing Roderick Strong. We go live to the Capitol Wrestling Centre and out come Danny Burch and Oney Lorcan.

This non-title match begins with Thatcher and Burch and they lock-up. Thatcher takes the back and gets Burch down before grabbing a wristlock. Burch forces him to the ropes to force the break, then he takes hits a snapmare and goes to a headlock but Thatcher quickly counters into an armbar. Thatcher drops a knee on Burch’s elbow, then both men start throwing European uppercuts and Burch forces him to the corner where Ciampa tags himself in.

The same happens on the other side and Lorcan is now legal and he takes Ciampa down by the arm. Lorcan chops Ciampa but that just pisses him off and Tommaso fires off rapid chops and punches. Lorcan takes a headlock but Ciampa gets free and they exchange quick reversals until Tommaso tosses him through the ropes and knees him to the floor. Ciampa then tosses Burch out as well and Thatcher hits him with an uppercut on the floor. Lorcan slides back in and rolls-up Ciampa but gets caught with a lariat.

Ciampa knocks Burch off the apron, then he and Thatcher hit a flapjack European uppercut for a near-fall. Thatcher is legal again and he goes to a rear chinlock on Lorcan. Eventually Oney fights free and chopblocks Thatcher, then tags Burch but Timothy kicks him back and belly-to-belly suplexes Lorcan. Thatcher is knocked out of the ring and Ciampa goes out to check on him as we head to the break.