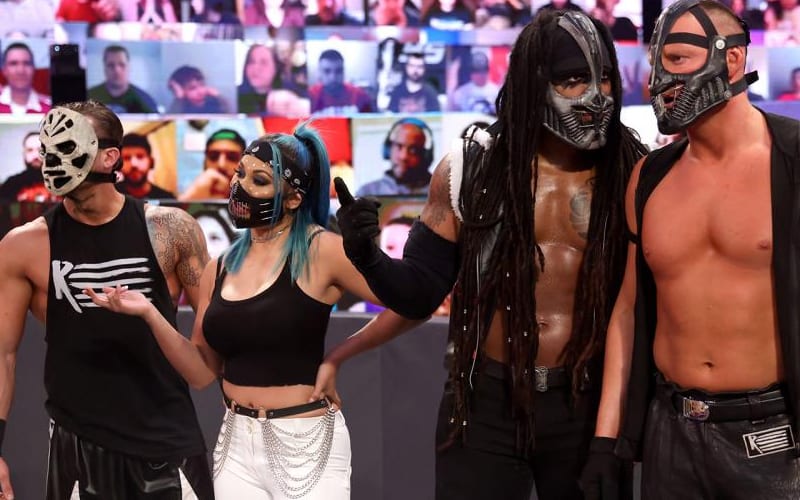 WWE’s invading stable of masked Superstars kicked Mustafa Ali to the curb at WWE Fastlane. We’ll have to see what’s next for them, but it could lead to the show of shows.

Wrestling Inc reports that Mustafa Ali worked through a PCL injury that he sustained while wrestling Ricochet in December. This was a hard blow to take, but he kept working through the injury.

It was reported that the idea at the time was that if Ali would wrestle through his injury then they could mount toward a big blow-off match of some kind at WrestleMania.

The idea that had been pitched to the group was that if Ali was willing to work through the injury and keep the group going for the time being, there would be some big blow-off with Retribution disbanding at WrestleMania 37.

If they didn’t change those plans around then fans haven’t seen the last of Retribution’s saga with Mustafa Ali. It will be interesting to see what kind of match they book, but things were certainly kicked into high gear at Fastlane.