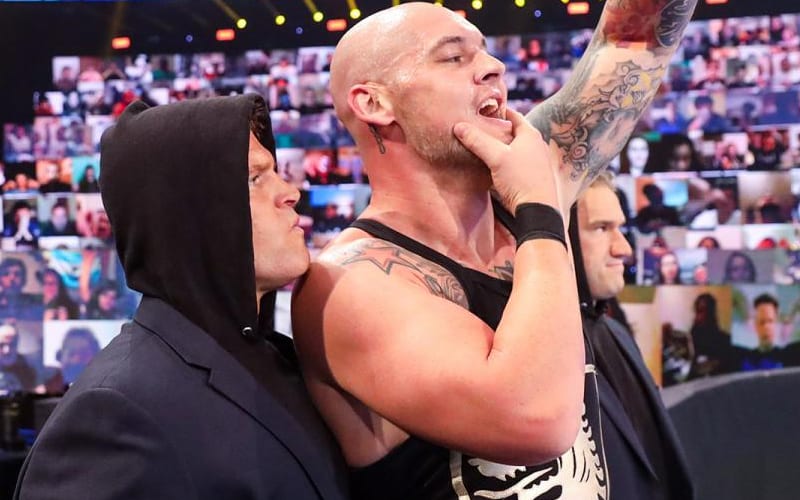 WWE split up the Forgotten Sons, and now Wesley Blake and Steve Cutler have their own direction on SmackDown. Jaxson Ryker debuted on Main Event this week as well. That is interesting timing, but they are no longer connected.

We previously reported that Jaxson Ryker’s Main Event appearance was more of a “testing the waters” situation. It was a way for Vince McMahon to see Elias with Ryker so he could gauge them as a duo. The situation with Cutler and Blake is much more solid.

Ringside News has been told that Blake and Cutler will be paired with King Corbin for the “foreseeable future.” This was not a one-off appearance for them, and they will be back.

They were kicking around the term “Lackeys” to call Blake and Cutler. We’ll have to see which verbiage WWE ends up going with when Michael Cole and Corey Graves really start referring to them on commentary.

The jury is still out when it comes to Jaxson Ryker joining Elias on Raw, because that is up to Vince McMahon. Steve Cutler and Wesley Blake have new assignments on the roster, and they will stick around unless something else unforeseen happens.