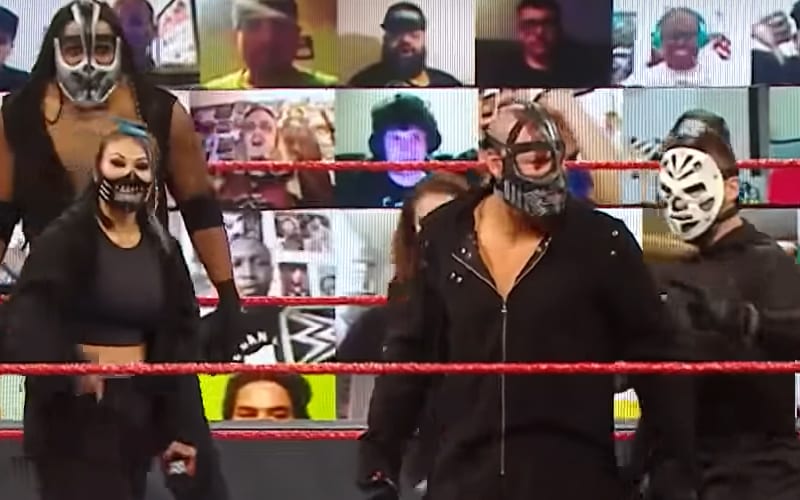 WWE debuted their Retribution stable’s name and new masks a couple of weeks ago, and they’ve already dropped a member.

There were a lot of questions surrounding Mercedes Martinez’s status in Retribution. She wasn’t a part of any Retribution happenings since the stable’s big change. Now we have official word that she’s not coming back.

According to PW Insider, WWE has officially moved Mercedes Martinez back to the NXT roster. There is no word as to why this happened.

Mercedes Martinez, who was just moved to the Raw roster as Retribution’s Retaliation is no longer part of the group. Martinez is being shifted back to the WWE NXT roster.

This situation was made even more confusing when WWE included Retaliation in the list of available Superstars in the Draft Pool. Apparently, Mercedes Martinez is back in NXT. Unless WWE wants to give someone else the Retaliation name it appears that Retribution will remain a five member faction with Mustafa Ali in charge.