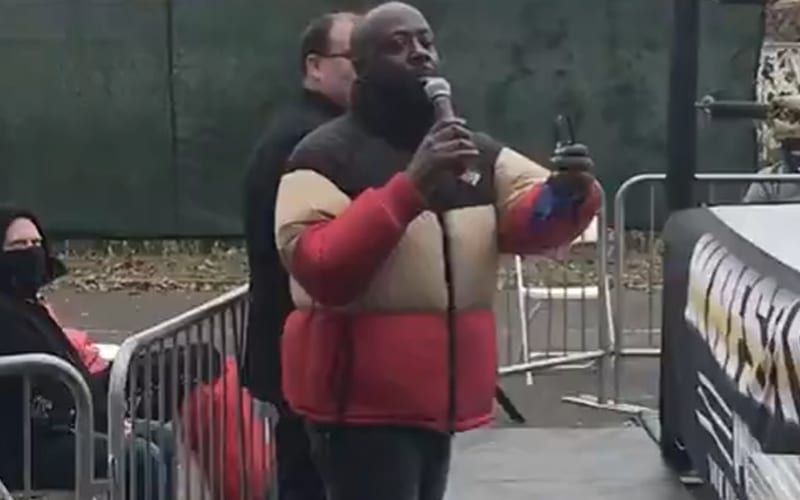 Wyclef Jean showed up at a Wrestle Pro show on Sunday in Union, New Jersey. He had a chance to address the socially distanced crowd while he was there. It was a big surprise, and it meant a lot to the people involved with the show.

The former Fugees member said “I honor this sport so much that I just wanted to show you respect and love, thank you.”

KM tweeted out a short video of the Wyclef Jean’s appearance. He also included a caption to let the “Gone Till November” singer know how much it meant to everyone that he showed up.

From everyone in the @WrestlePro locker room today we would like to say THANK YOU @wyclef !! This meant a lot to all of us today.

This was an unexpected appearance that nobody saw coming when they arrived at a pro wrestling show. Wyclef Jean taking time out of his day to show respect to pro wrestling is also incredibly refreshing to hear from someone that mainstream.