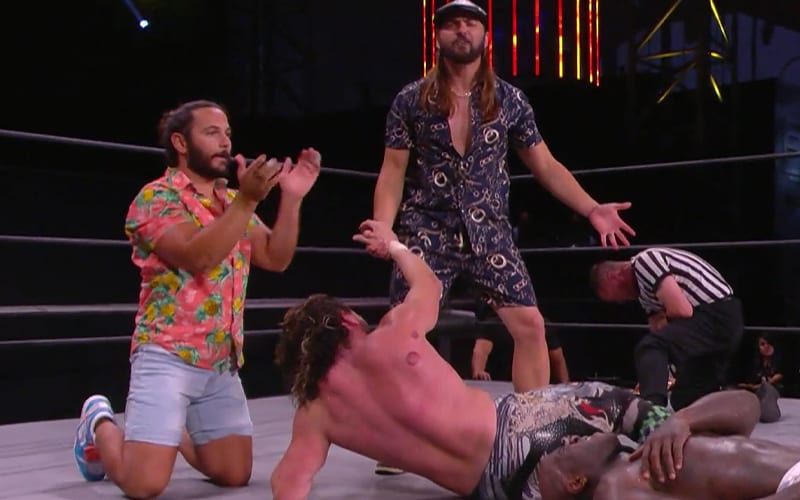 The Young Bucks and Kenny Omega are linked up on AEW television. The Against All Odds took place in Daily’s Place, a match that was filmed last weekend. The Young Bucks stopped by to help Omega win against Moose.

Click here for our complete coverage of Impact Wrestling Against All Odds.

Nick and Matt Jackson invaded the main event match at Daily’s Place after the referee took a bump. The match was at Daily’s Place, in the storyline, to prevent the Good Brothers from getting involved. Nobody counted on the Young Bucks coming in.

The Young Bucks nailed Superkicks on Moose and a BTE Trigger. Then they helped get Moose on Omega’s shoulders for the One Winged Angel. This appearance technically counts as an Impact Wrestling return for the former Generation Me, but they didn’t have to leave Daily’s Place.

Omega was then attacked by Sami Callihan, who will face him at Slammiversary for the Impact Wrestling World Title on July 17th.

Are you surprised by how Against All Odds ended? Sound off in the comments!