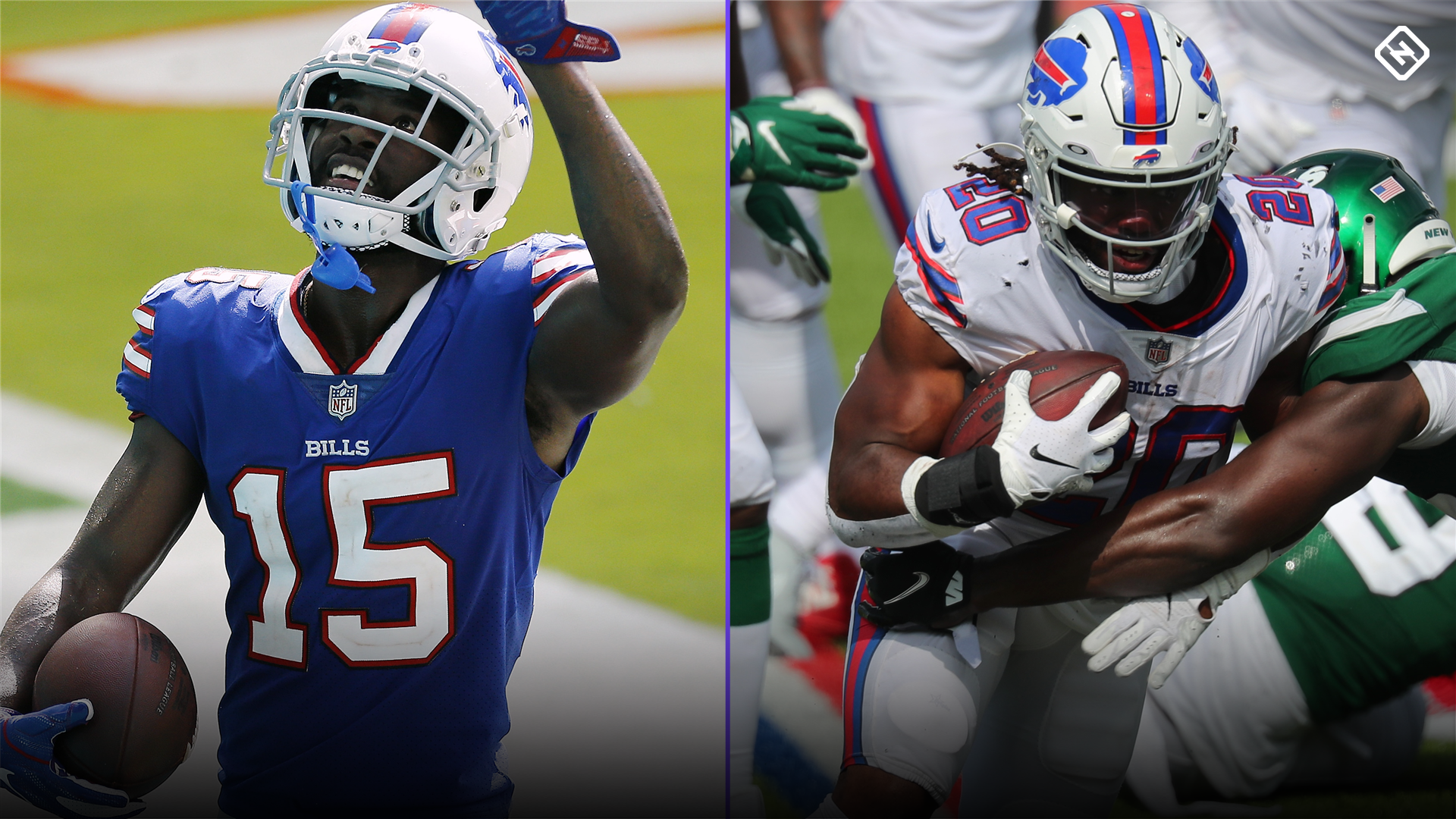 For the first time in a decade, we have a Tuesday night football game. The Titans and the Bills will square off in a delayed Week 5 contest after the COVID outbreak that has impacted the Titans over the past couple of weeks. While many fantasy football owners are still focused on whether or not that game will be played, some are focused on the statuses of players that they may need for their fantasy lineups. Notably, a couple of Bills players — WR John Brown and RB Zack Moss — are listed as questionable, and their statuses will have a massive impact on the final start ’em, sit ’em decisions for fantasy owners in Week 5.

We’ll be here providing the latest news about both Brown and Moss right up until the active/inactive report is released around 5:30 p.m. ET on Tuesday, so check back for updates. For more fantasy news, follow us on Twitter @SN_Fantasy.

Brown (calf) was limited in practice all week, but with a couple of extra days to rest up and prepare for action on an extremely rare Tuesday night game, it seems likely that he should suit up for the Bills against the Titans. Brown can be trusted as a WR3/flex play for those that still have a spot available for him in their lineups.

If Brown ends up aggravating the injury or the Bills just decide to play it safe, Cole Beasley would be in line for extra targets and would be a logical replacement for Brown’s owners that need starting help. Still, it seems more likely that Brown will be able to suit up, but check back here before the game just to make sure. Gabriel Davis and Kalif Raymond are also possible late-minute replacements.

Moss should have a chance to play in this game if all goes well, especially considering that the Bills had two extra days off ahead of this game. If he does suit up, he’ll be a threat to vulture goal-line touches from Devin Singletary, though the latter should handle more of the work in the passing game and should out-snap Moss during the game.

On the off chance that Moss doesn’t play and you’re desperate for a flex, Beasley would make sense as an option at WR, as would Kalif Raymond of the Titans. T.J. Yeldon would replace Moss in the Bills lineup and be a completely TD-dependent flex. But, again, it seems likely that Moss will be able to suit up in Week 6.