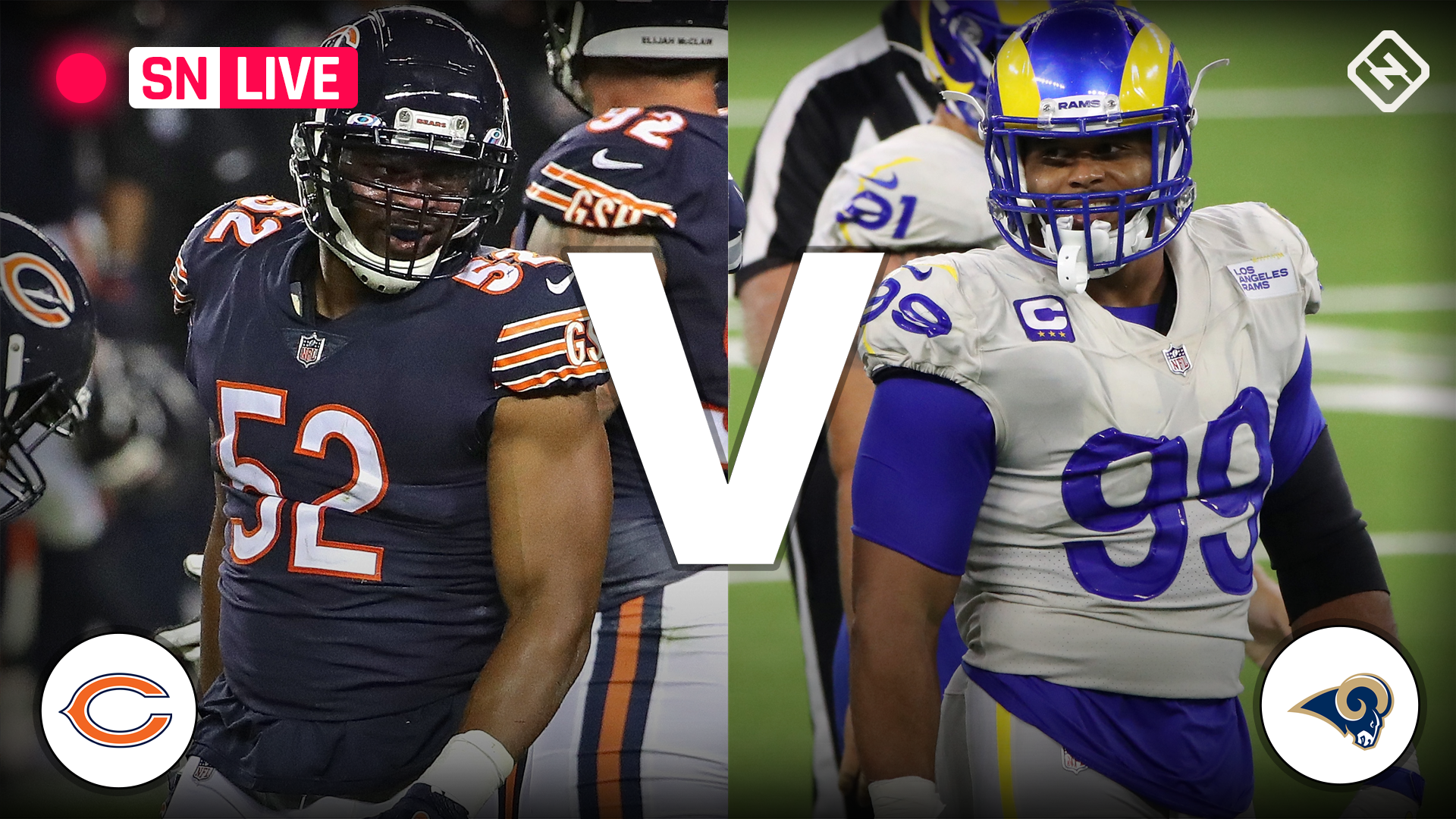 Two similar teams will go up against each other in Week 7’s “Monday Night Football” game.

The Bears (5-1) are led defensively by dominant pass-rusher in Khalil Mack and have a young offensive-minded coach in Matt Nagy with explosive weapons such as running back David Montgomery and wide receiver Allen Robinson.

The Rams (4-2) also have a defensive stalwart on the interior in Aaron Donald, along with their own new-age offensive guru in Sean McVay, who has deep threats such as Cooper Kupp and Robert Woods at his disposal.

Both teams are off to successful starts after disappointing seasons in 2019. For Chicago, the key has been making the switch from Mitchell Trubisky to Nick Foles, who is more aggressive in throwing the ball deep down the field. For LA, it has been just as much about improving offensive line play as it has been maturation for Jared Goff, who is learning to trust his protection more this season.

Sporting News is tracking live scoring updates and highlights from Bears vs. Rams on “Monday Night Football.” Check out complete results from the Week 7 NFL game:

(All times are Eastern)

10:00 p.m. — Absolutely nothing going for Chicago there. Pat O’Donnel punts from his own end zone and LA takes over at its 45-yard line, 10:27 left in the third quarter.

9:56 p.m. — Rams have to punt on their opening possession after a Khalil Mack sack. This is the best one Hekker’s had all night as it’s downed at the Chicago 1-yard line, his third inside the 10 tonight, 11:49 left in the third quarter.

9:49 p.m. — We’re back as Goff leads the Rams’ offense out for their first drive of the second half.

9:35 p.m. — HALF: Rams 10, Bears 3. Chicago declines to use its final timeout after getting a stop on third down and that’ll do it. LA will get the ball to start the second half.

9:26 p.m. — 2-minute Warning. Chicago has the ball, third and 10 at the Rams’ 43-yard line. Aaron Donald just got the first sack of the game for either team two plays prior.

9:12 p.m. — Chicago goes for it on fourth and short, but a false start on a QB sneak turns it into fourth and 5 and the Bears will punt. Rams take over at their 38-yard line with 8:05 left in the half.

8:48 p.m. — Foles throws one up for rookie tight end Cole Kmet, who snags it for a 38-yard gain. Chicago is now in LA territory.

8:36 p.m. — Bears go three and out and punt it right back. Rams will start this drive at their 48-yard line with 6:35 remaining in the first quarter.

8:31 p.m. — Rams can’t convert and have to punt from plus territory. Johnny Hekker does well though to land it at the Chicago 7-yard line, Bears ball with 7:55 left in the first quarter.

8:21 p.m. — The Rams get a good pass rush on that drive and the Bears have to punt from near midfield. LA gets the ball at its 10-yard line for its first possession of the game.

8:16 p.m. — Chicago gets the ball to start and Nick Foles will lead the Bears’ offense out for the opening drive.