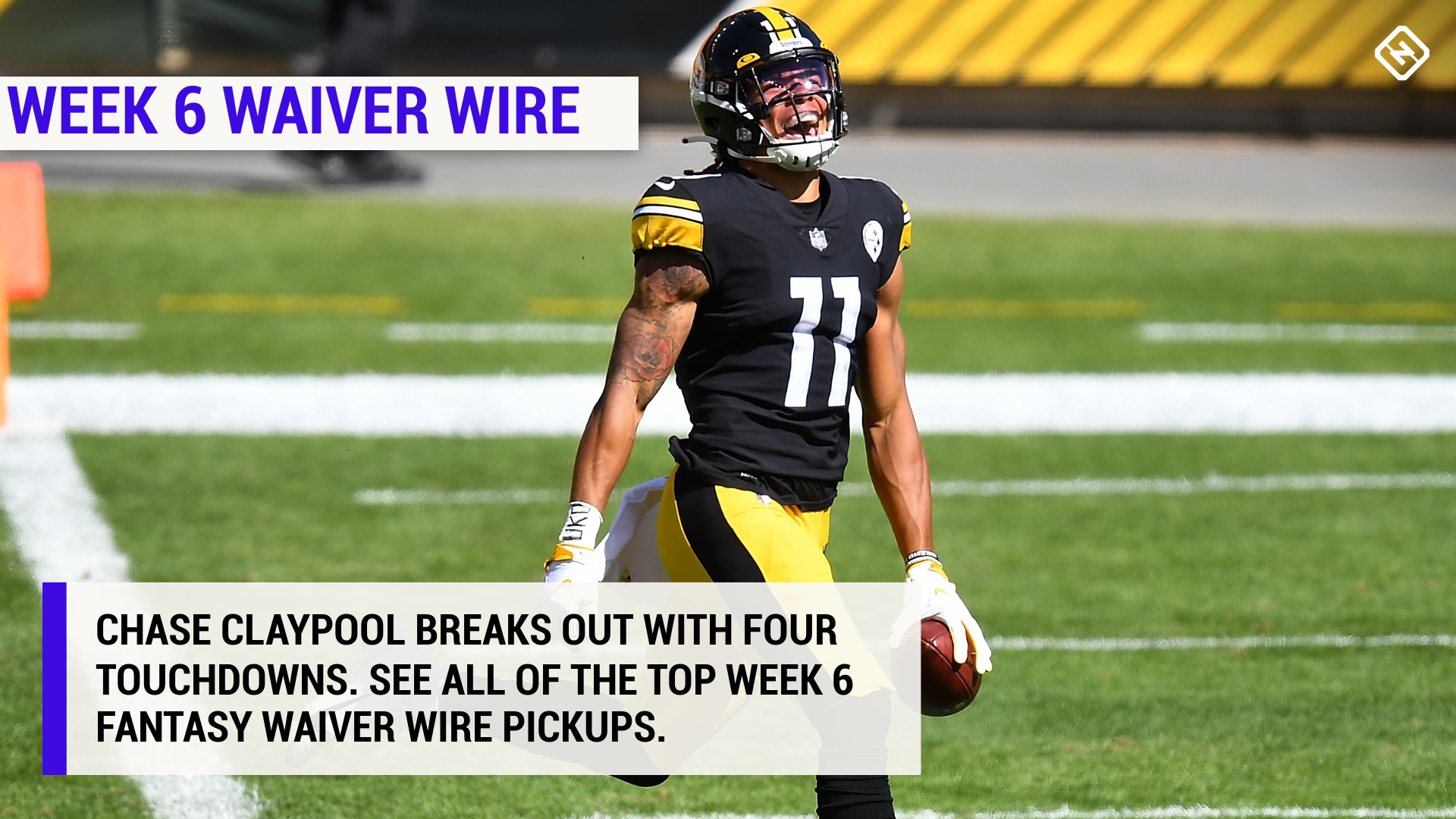 The top Week 6 fantasy waiver wire pickups and free agent adds present a classic good news/bad news situation. The good is that there were very few serious injuries this week to RBs and WRs; the bad is that means there aren’t many backups or handcuffs ticketed for more playing time. (Update: We spoke too soon. Dalvin Cook suffered a groin injury Sunday night, and even though he returned for a play, his injury could regress next week, which would open the door for handcuff Alexander Mattison to start.) That means we’re relying on young, breakout WRs like Chase Claypool, Henry Ruggs, and Travis Fulgham to carry the day, and fortunately that trio all went over 100 yards and scored, with Claypool having the fantasy performance of the season with four touchdowns.

There was one huge injury on Sunday, as Dak Prescott suffered a severe ankle injury that will surely keep him out for the rest of the season. His replacement, Andy Dalton, makes our full free agent list, which als features several more receivers worth stashing (Laviska Shenault, Brandin Cooks, Preston Williams, Keelan Cole, Christian Kirk), as well as some of last week’s breakouts who are still too lightly owned (Damien Harris, Justin Jackson, Tim Patrick). We also have QB, TE, and D/ST streamer suggestions if you’re worrying about bye weeks, injuries, or more surprise postponements. You can find the streamer suggestions at the end of this list.

Even after Claypool’s monster performance, it’s tough to say if he’s worth using a high waiver claim on. If Diontae Johnson (back) is projected to miss time, that would enhance Claypool’s appeal, but otherwise, he’s still a rookie wide receiver who obviously just had his best game of the season. The Steelers have two other high-target wideouts and rarely throw downfield, so Claypool’s upside is pretty big-play dependent. Unless you really need WR help (or you had Prescott and need a starting QB), you’re better off saving your high waiver claim for a big RB injury. Chances are, Claypool will be claimed, though, so it might take a high one to get him if you really want him. Ruggs and maybe Shenault, depending on Chark’s status, could also be worth low claims, but unless any of last week’s holdovers (particularly Harris and Phillip Lindsay) are available, this is probably a week to save your claim and move up the waivers order. (Update: Mattison is worth using a top waiver claim on if Cook misses time.) — Matt Lutovsky