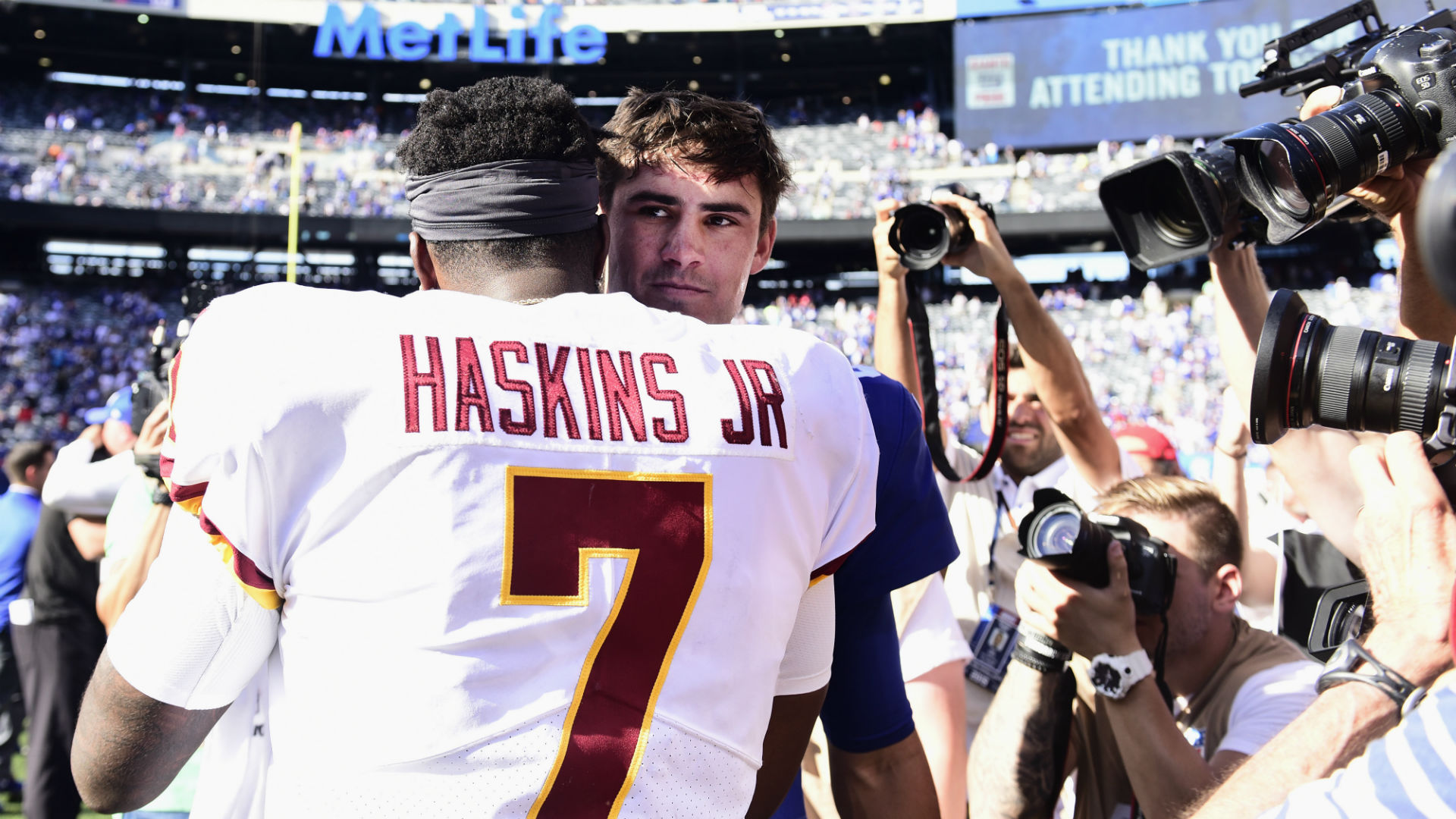 Stephen A. Smith is on vacation, but he couldn’t help himself from weighing in following Dwayne Haskins’ release by the Washington Football Team.

“Even on vacation I need to step out and say this,” ESPN’s Smith tweeted Monday. “I was totally WRONG about Dwayne Haskins. Thinking the @Giants were foolish to pass up on him in favor of Daniel Jones, I look like a damn fool. You know how bad you have to be as a player — and person — to be a 1st-round pick…”

That was a sentiment swirling around social media Monday afternoon after Washington released its second-year quarterback. Haskins was widely expected to go ahead of the Giants’ Jones in the 2019 NFL Draft, but Jones went sixth out of Duke while Haskins went 15th. It was a widely criticized move at the time as NFC East rivals looked for their quarterbacks of the future.

MORE: Why was Dwayne Haskins released?

While neither Haskins nor Jones have lit up the NFL through two seasons, Jones has been the markedly better player. He’s completed 62 percent of his passes compared to Haskins’ 60, put up a 33:21 touchdown-to-interception ratio compared to Haskins’ 12:14, and Jones has also added a rushing element that Haskins doesn’t have.

At the time of Jones’ selection over Haskins, Smith tweeted, “However, don’t even get me started on these damn @Giants. Passing on Haskins for Daniel Jones? Some kid out of Duke usurps a cat who threw 50 TD’s primarily vs. Big Ten competition? Why? Because the Mannings love him? You have got to be kidding me.”

Now that Haskins will be joining a new team and Jones is still starting for New York (albeit not with amazing success), people had no choice but to walk back their criticisms, much like Smith did.

Remember when @dh_simba7 laughed at the #giants for selecting Daniel Jones over him? Yea that went well for him

The Giants got hate for taking Daniel Jones over Haskins last year. Jones is nothing special but still kinda funny.

just saying i was 100% right about dwayne haskins and while i was incredibly upset the giants drafted daniel jones i knew i didn’t want them to draft haskins. never trust an OSU quarterback

Remember all the giants fans that wanted Haskins and booed daniel jones at the draft? Where they at now?