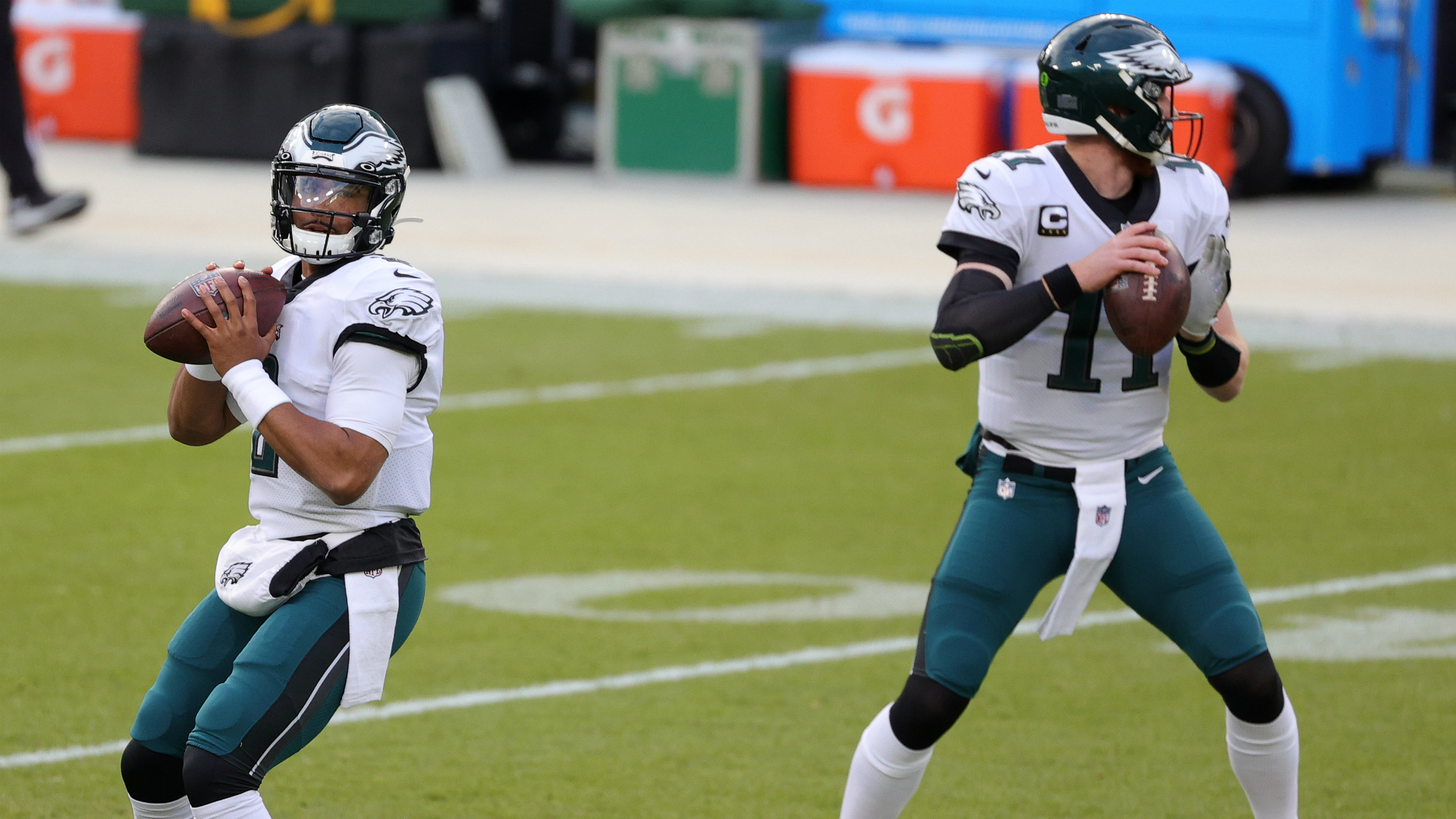 Hurts replaced embattled starter Wentz in the third quarter of Sunday’s 30-16 defeat in Green Bay, and he almost triggered a comeback.

A second-round pick in the 2020 NFL Draft, Hurts finished 5-of-12 passing for 109 yards, a touchdown and an interception while rushing five times for 29 yards.

Nick Foles stepped up in the absence of an injured Wentz and guided the Eagles to their first Super Bowl title during the 2017 season, before leading Philadelphia back into the playoffs the following campaign.

But Wentz has struggled since Foles departed at the end of 2018: He entered Week 12 ranked first in the NFL in interceptions (15) and sacks (46).

“I didn’t know what the plan was fully. I was just told he was going in for the next play and the next series,” Wentz said. “So I didn’t really know what was going on there. Obviously, that’s frustrating as a competitor and just the personality that I have, I want to be the guy out there. But it is what it is.

“They made the call today. At the end of the day we lost, as a team we lost, and that’s what I think for me I’m most frustrated about. I don’t like where we’re at this season record wise and I know I can play better and we can all be better going forward.”

Hurts added: “Any experience and any opportunity to touch the field, it only kind of raises the value of that player. It’s kind of has been that way all year, and today Coach gave me that opportunity.

“With all my heart, I had every intention of coming in and getting it done and winning the game, but we came up short, and that only lights a fire in everybody moving forward.”