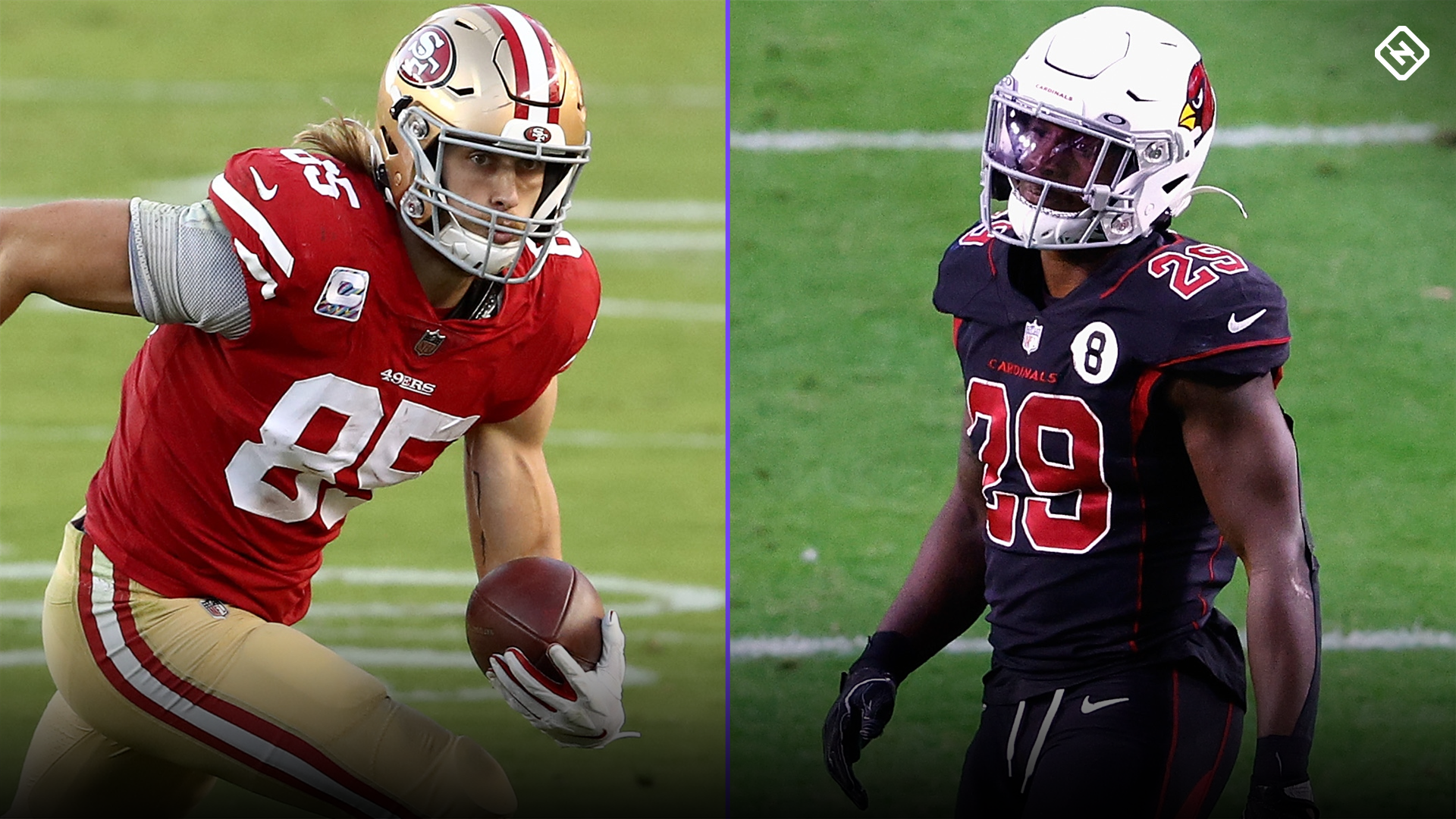 George Kittle has been out since Week 8, but it appears that he may have a chance to play in Week 16 if all goes well. Meanwhile, the Cardinals may be down Chase Edmonds, and if he’s out, that could have a big impact on fantasy owners relying on Kenyan Drake to carry them in fantasy football championship games. Here are the latest injuries for the NFL’s Saturday slate and how they’ll impact start ’em, sit ’em decisions across the NFL.

Is George Kittle playing this week?

UPDATE: The San Jose Mercury-News reported on Thursday that “all signs point toward” Kittle playing on Saturday.

The 49ers may be out of the playoff race and may be without several key starters on offense, but it looks like Kittle (foot) will not be one of them. According to NBC Sports Bay Area’s Matt Maiocco, 49ers coach Kyle Shanahan said that there’s a chance that Kittle will play this week and that the team will play him if he’s ready to return.

Kittle (foot) hasn’t played since Week 8, but he did return to practice ahead of the team’s Week 15 game against the Cowboys. So, he will have had more than a week on the field before Shanahan renders his final verdict.

Since Kittle is on IR, he won’t have an official practice status this week, so fantasy owners will be relying on reports coming out of practice to learn about Kittle’s condition. They should know, officially, if Kittle is being activated a few hours before game-time at the latest, and if he is, he can be started as a solid TE1 with a potential high ceiling.

If Kittle can’t play, Jordan Reed would continue to be a streaming option, though he’d fall on the lower end of the spectrum against a Cardinals defense that has been good against TEs this year. Kittle would rank much higher than Reed given that Kittle is virtually matchup-proof, so if you need upside at the position, feel free to stash Kittle and hope that he plays.

Is Chase Edmonds playing this week?

UPDATE: Edmonds was limited in practice on Thursday and is “questionable” for Saturday’s game.

Last week, Edmonds actually out-touched Kenyan Drake (13-12), and some owners may have been hoping that Edmonds could serve as a flex for them this week.

However, Edmonds has been held out Tuesday and Wednesday practices while dealing with knee and ankle issues. If he can’t get on the practice field Thursday, the Cardinals will likely have to operate without him. If he is “limited” in practice, he may be listed as “questionable,” so fantasy owners will be watching Edmonds closely.

If Edmonds can’t suit up, Drake will take on a bulk of the carries against the 49ers. That would up his status as an RB2 while Eno Benjamin would likely get a few snaps to spell Drake, but he wouldn’t be a viable fantasy option. If Edmonds ends up being out and you need help at the flex spot, our Week 16 fantasy flex rankings can help you sort through potential options to trust in your lineups.