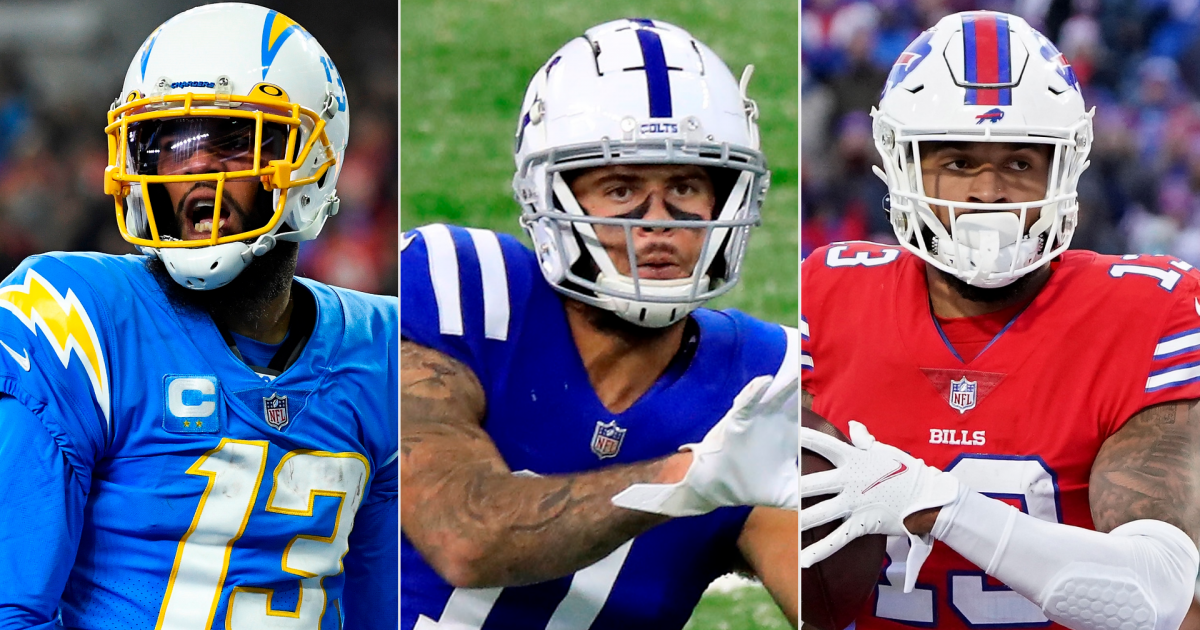 With Week 3 officially underway, fantasy football owners are making preliminary plans for their start ’em, sit ’em decisions, and that always involves checking the latest injury updates. Keenan Allen, Michael Pittman Jr., Gabriel Davis, Chris Godwin, Julio Jones, and Jerry Jeudy are all up in the air for Week 3, and considering all would be in lineups if active, there are going to be some nervous fantasy owners come Sunday.

Below, we’ll give you the latest news on these WRs and break down how their injuries could potentially affect the Week 3 fantasy landscape. For news on banged-up players Justin Herbert, Dalton Schultz, and George Kittle, click here; for the latest on ailing RBs James Conner, Alvin Kamara, JK Dobbins, and Damien Harris, go here.

Follow your fantasy team and watch every week during the 2022 NFL season on Sling TV. Stream Sling Orange or Blue for $35/month, or both for $50/month. Right now, get half off your first month, plus SHOWTIME, STARZ, AND EPIX — first month on us! SIGN UP FOR SLING!

Allen (hamstring) participated in individual drills in practice on Wednesday, according to beat writer Jeff Miller.

This is a good sign for the veteran receiver, who did not practice at all last week leading up to the Chargers’ Thursday night game against the Chiefs. It remains to be seen if Allen practices on Thursday, but if he does, that’s a great sign for his chances of being back on the field against the Jaguars on Sunday. The Chargers’ play a late-afternoon game, so if Allen is “questionable,” make sure to have a late/prime-time WR pivot. Josh Palmer would be the easiest “handcuff” on the Chargers, but there are plenty of options from the other games, including Sterling Shepard, Greg Dortch, Breshad Perriman, and more.

Pittman (quad) returned to practice on Wednesday after missing last week’s game due to injury, according to beat writer George Bremer.

The third-year wide receiver surprisingly did not practicel ate last week because of the quad, which led to him not playing against the Jaguars. The Colts’ offense missed Pittman Jr., as they had to lean on Ashton Dulin to be their No. 1 wide receiver. When healthy, Pittman Jr. is a high-end WR2 in fantasy football and had a good start to the season against the Texans in Week 1 (nine receptions for 121 yards and a touchdown). If Pittman can make it through the rest of the week with no issues, pencil him in at WR1/2 against the Chiefs’ defense that allows 163.5 yards per game to wide receivers.

Davis (ankle) was a limited participant in Wednesday’s practice after not playing in Monday night’s game against the Titans, per the Bills’ injury report.

The young wide receiver was one of the surprise inactives in Week 2 after he suffered the injury on Saturday. Without Davis, the Bills inserted Jake Kumerow into his role, who had two receptions (three targets) for 50 yards. However, with Davis being back at practice this week, we should expect to see him playing opposite Stefon Diggs on Sunday against the Dolphins. The Dolphins’ secondary did not look great in last week’s game against the Ravens, making Davis a solid WR2 play in fantasy football this week.

Godwin (hamstring) was among the five players who did not practice on Wednesday for the Buccaneers, per the team’s injury report.

Godwin suffered the injury in Week 1 against the Cowboys and did not play in last week’s game against the Saints. Julio Jones (knee) was another notable name on the injury report for the Buccaneers. The veteran wideout did not practice due to an ailing knee injury that also held him out of last week’s game. If neither Godwin nor Jones can play, we should expect to see the trio of Russell Gage, Breshad Perriman, and Scotty Miller getting a lot of targets on Sunday against Green Bay. All would make good pivots, with Gage being the best “Godwin replacement” if Julio plays. If Jones and Godwin are out, Perriman probably has the most upside, as we saw last week with his touchdown.

Broncos head coach Nathaniel Hackett told reporters on Wednesday that Jeudy (rib/shoulder) was one of the four players who did not practice, according to beat writer Zac Stevens.

Jeudy exited last week’s game against the Texans in the first half after landing awkwardly on his shoulder. The good news is that K.J. Hamler (knee/hip) was a limited participant in practice. Hamler did not play last Sunday’s game due to those injuries but could step into Jeudy’s role this week, making him an intriguing flex play on Sunday night against San Francisco if Jeudy is out. Jeudy probably isn’t worth waiting for if he’s “questionable,” as your replacement options would be limited. Hamler, Sterling Shepard, Michael Gallup, and Noah Brown would probably be your best bets.