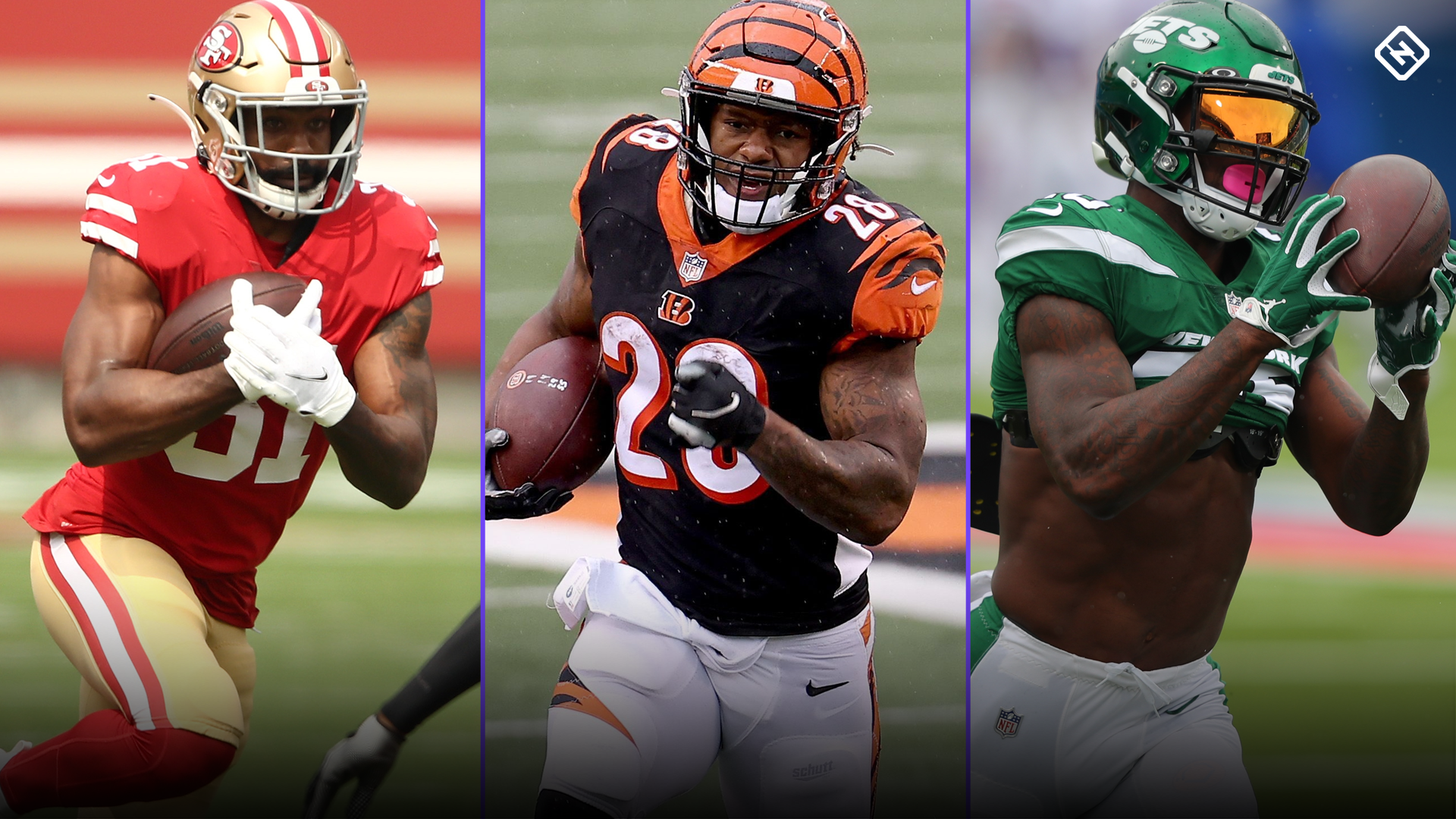 Most of the big RB injury worries heading into Sunday are guys we already know are out (Christian McCaffrey, Nick Chubb, Austin Ekeler), but there are a few “questionable” players who will require their fantasy owners to watch for updates throughout the day. Raheem Mostert and Joe Mixon are the two biggest “game-time decisions,” and Le’Veon Bell is set to return from a three-week layoff barring a pre-game setback. All three will shake up Week 5 start ’em, sit ’em decisions, which is why we’ll be keeping track of their statuses below right up until kickoff.

Mostert (knee) returned to limited practices this week, and 49ers coach Kyle Shanahan said Mostert’s status for Sunday’s late-afternoon game against Miami will come down to how he’s feeling in pre-game warmups.

It’s widely believed that Mostert will play, and if he does, he should resume his duties as San Francisco’s primary running back. Jerick McKinnon will still be heavily involved, particularly as a receiver, so he still has flex value in PPR leagues, but Mostert is worth playing as an RB2 in all formats.

Mixon (shin) practiced on a limited basis on Friday and reportedly went through drills with “no problems,” so it would seem likely he’ll suit up against the Ravens on Sunday.

If Mixon is a surprise scratch, Giovani Bernard would handle 15-plus touches and have high-end flex value in all formats. As long as Mixon plays, he remains a worthwhile RB2 because of his heavy workload.

Bell (hamstring) was taken off the IR on Saturday and is set to return on Sunday against the Cardinals.

Arizona allows the fifth-most fantasy points per game to RBs, so this is a nice spot for Bell to return to. It’s unclear if he’ll receive a full workload, but it wouldn’t be a shock to see him get 15-plus touches. That’s enough to make him an RB2. If he has a setback in pre-game warmups, Frank Gore would once again handle the majority of the carries.