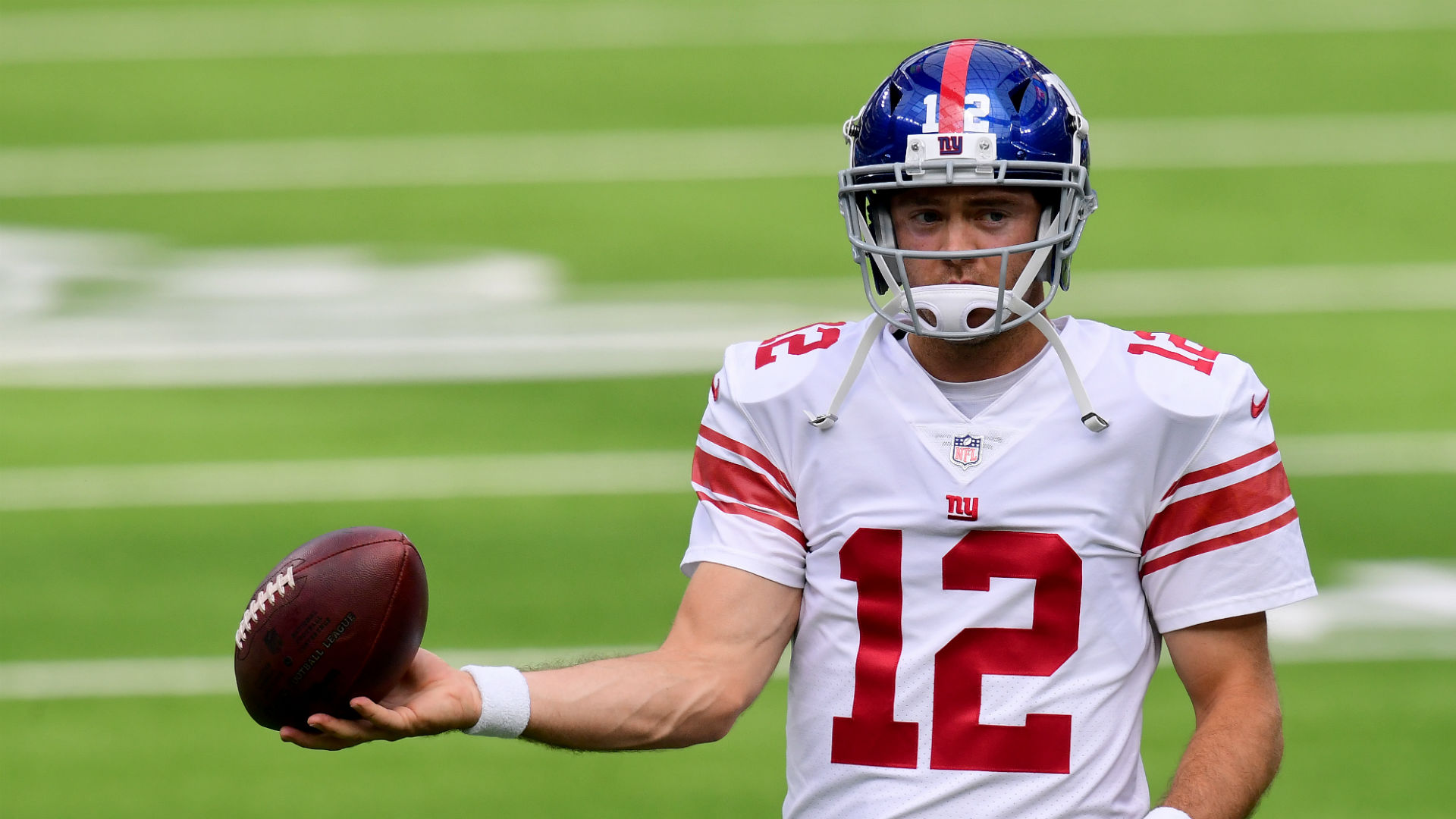 Colt McCoy’s back as a starting quarterback in the NFL, at least for a week, and it’s like riding a bike for McCoy, according to Giants head coach Joe Judge.

“Colt’s got a lot of experience,” Judge told the official Giants website. “He doesn’t really miss a beat. He gets in there, it’s like riding a bike for this guy. He gets in there and he competes. Everything is very, very competitive with Colt.”

McCoy gets a Week 13 start in 2020, his 11th year in the NFL, thanks to a hamstring injury preventing Daniel Jones from playing. That means McCoy leads NFC East-leading New York (4-7) against NFC West-leading Seattle (8-3) and Russell Wilson. Even when McCoy signed with the Giants, it seemed unlikely that the former Texas star could start a game deep into the season at the heart of a divisional race, but it’s 2020, so why not? McCoy and the Giants are double-digit underdogs to the Seahawks, but if there was ever a year for such an upset, it’s this one.

McCoy essentially signed on with the Giants as the veteran replacement to Eli Manning, who had retired. Following Manning’s retirement, the Giants had just Jones and unproven Alex Tanney on the roster.

In March, McCoy signed for $1.5-million guaranteed on a one-year deal that could reportedly max out at $3 million. While not coming at too high a cost, McCoy also brought 28 career NFL starts with him to the Giants. He’d also been in the NFC East since 2014 with Washington.

With Jones in his second year after being taken sixth overall in 2019, McCoy wasn’t expected to be anything more than an injury stopgap, the role he’s filling in 2020 Week 13. New York likely wouldn’t have had interest in a free agent like Jameis Winston who still hoped to start sooner than later, instead opting for a player who’s mostly been a backup since 2012 in McCoy.

Jones was knocked out of Week 12 against the Bengals with a hamstring injury, bringing McCoy on in relief to throw 10 passes (completing six for 31 yards). The hamstring problem was severe enough to keep Jones out of Week 13 and push McCoy into starting duty for the first time since Oct. 6, 2019. He completed 18-of-27 passes for 122 yards and an interception that day, a loss to the Patriots.

It’s been a long backup tenure for McCoy after he got a bit more than a season to prove himself as a starter with the Browns in 2010 and 2011. His 6-15 record as a starter with Cleveland, combined with a 20:20 TD:INT ratio, meant McCoy wouldn’t land another starting job in the NFL.

Instead, he bounced around as a second-stringer, first in San Francisco behind Colin Kaepernick in 2013, and then in Washington from 2014-2019. McCoy was there as Washington transitioned from Robert Griffin III to Kirk Cousins, and he remained onboard behind Alex Smith and Dwayne Haskins in 2018 and 2019, respectively. McCoy wasn’t needed anymore when the Washington Football Team brought in Kyle Allen in the 2020 offseason.

McCoy at least gets a favorable matchup for his 2020 spot start, with the Seahawks allowing the most passing yards in football so far. It’ll still be a tall task to keep up with Russell Wilson, but the Giants signed McCoy to step up in a moment like this and not wilt because he’d been in spots like these before.

Whether or not it’s McCoy’s final start in the NFL, he’ll likely go to sleep at night with at least some contentment. According to Spotrac, McCoy has made nearly $20 million in his NFL career. Not bad for someone making his eighth start since 2012.

Oct. 17, 2010 – McCoy makes first NFL start in a loss to the Steelers. He throws for 281 yards, one touchdown and two interceptions while completing 23-of-33 passes.

April 3, 2014 – Washington signs McCoy after his lone year with San Francisco, in which McCoy played four games with no starts.

Nov. 30, 2014 – McCoy throws for two career-highs in a loss to the Colts, compiling 392 passing yards and three passing touchdowns.

March 9, 2016 –  Washington re-signs McCoy to a three-year deal. He’d re-signed on a one-year contract the year prior, but this was his largest team vote of confidence since his trade away from Cleveland.

Nov. 29, 2020 – McCoy makes his first appearance for New York after Jones departs against the Bengals with an injury. McCoy completes 6-of-10 passes for 31 yards.