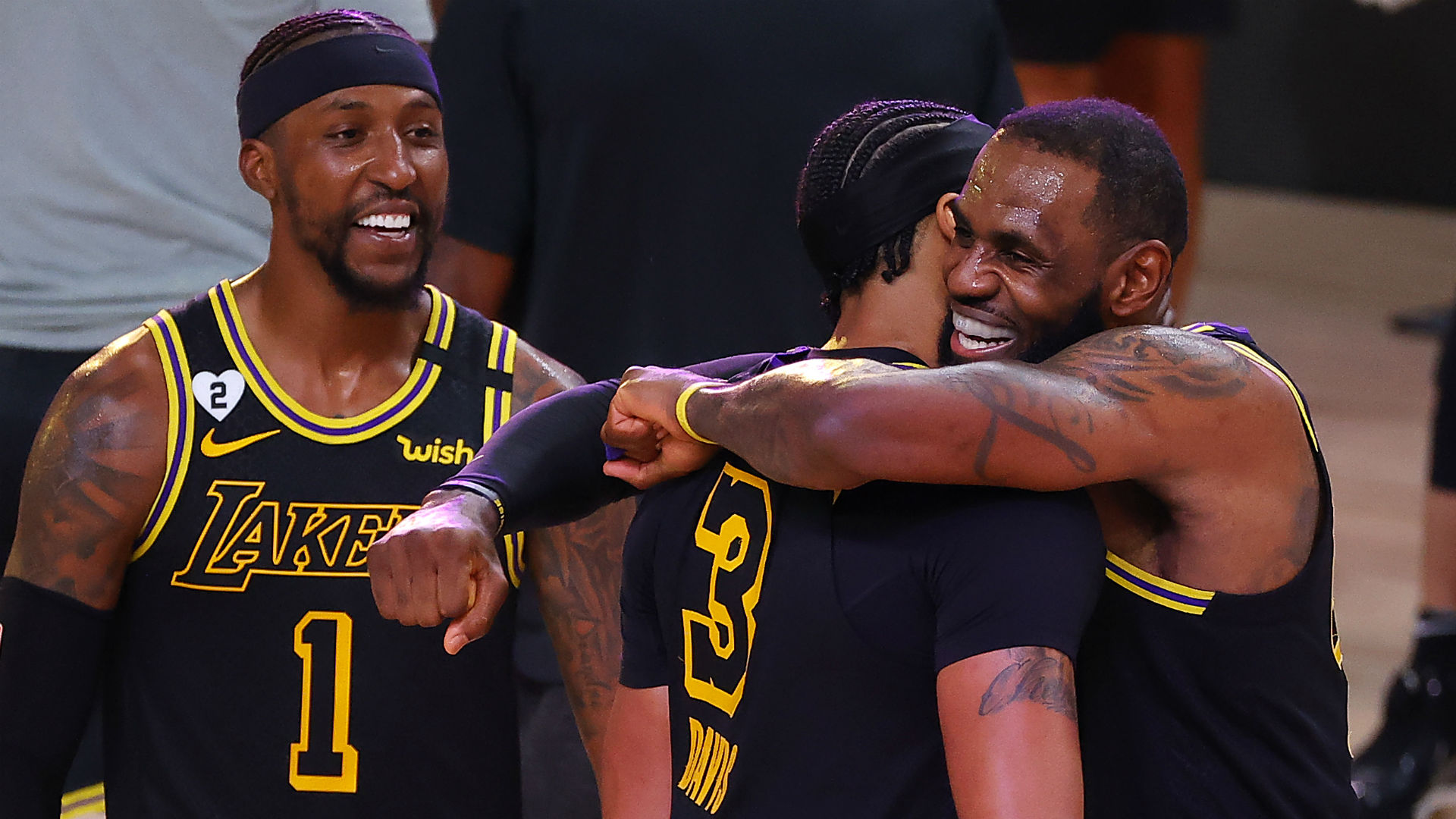 The Los Angeles Lakers planned on saving their “Black Mamba” uniforms for Game 7 of the NBA Finals, according to ESPN. But with a chance to finish off the Miami Heat in Game 5, the special-edition uniforms will make it out two games ahead of schedule.

L.A. already went with the “Black Mamba” look, which is styled after the late Kobe Bryant, in Game 2 of the series, a win which put the Lakers up 2-0. The Lakers are in pursuit of their 17th NBA championship when they tip off Friday night against the Heat in uniforms they’ve yet to lose in this postseason.

How good are the Lakers in the ‘Black Mamba’ uniforms?

The Lakers have gone 4-0 during the 2020 NBA playoffs wearing the “Black Mamba” uniforms. That includes Anthony Davis’ game-winning 3-pointer against the Denver Nuggets during the Western Conference Finals. There isn’t specific data available tracking the Lakers’ overall record in the uniforms since their debut on Jan. 26, 2018 — although they did win that day against the Bulls, 108-103.

Earlier in the postseason, LeBron James explained why the Lakers play well in these uniforms during a postgame interview with ESPN.

“We’re thinking about the Bryant family — Vanessa and the daughters,” James said. “They’re with us, we’re with you guys. We love you guys. And, hopefully, we’re making them proud by wearing these uniforms tonight.”

LeBron James on the Black Mamba uniforms: “It’s super duper detailed.” LeBron added, “it means something, something more than just a uniform.”

Anthony Davis hit a game-winner in the ‘Black Mamba’ uniforms

The Lakers have been breaking their huddles in the bubble with the words, “1-2-3 Mamba!” Davis and James both got tattoos to honor Bryant, too. So when Davis rose up on the left wing in his “Black Mamba” uniform in Game 2 of the Western Conference Finals against the Nuggets with the game on the line, what came next seemed predestined.

Davis’ 3-pointer went down to win Game 2 for the Lakers. The Lakers all mobbed Davis in the uniforms inspired by Bryant. Davis appeared to yell “Kobe” after hitting the game-winning shot. And in his postgame interview, Davis spoke to what the moment meant.

“Obviously, we’re representing him,” Davis said. “Especially in those jerseys. It’s his jersey, one he created, and any time we put it on, we want to win.”

Anthony Davis on wearing Kobe’s Black Mamba jersey: “For all the things that happened this season with our team specifically, to be able to close out in the Black Mamba uniforms will make it all worth it. His legacy in the NBA and the organization period is something special.”

Lakers head coach Frank Vogel added to that in his postgame interview, saying of Davis’ make, “That’s a shot Kobe Bryant would hit.”

How did Kobe Bryant inspire the ‘Black Mamba’ uniforms?

Bryant helped design the “Black Mamba” uniforms in collaboration with Nike. Also featured on the uniforms are 16 stars, one for each of the Lakers’ 16 titles.

The “Black Mamba” uniforms since Bryant’s death also feature a heart-shaped patch with the number ‘2’ inside it near the top’s right shoulder. That’s a tribute to Bryant’s daughter, Gianna, an aspiring basketball player who also died in the January helicopter crash.

The Lakers have also worn a “KB” patch since Bryant’s death in memory of the Lakers legend. L.A. plans on wearing the “Black Mamba” uniforms in a seventh game of this year’s Finals if it gets that far, but they can’t do so in Game 6, when the Heat will be wearing black.