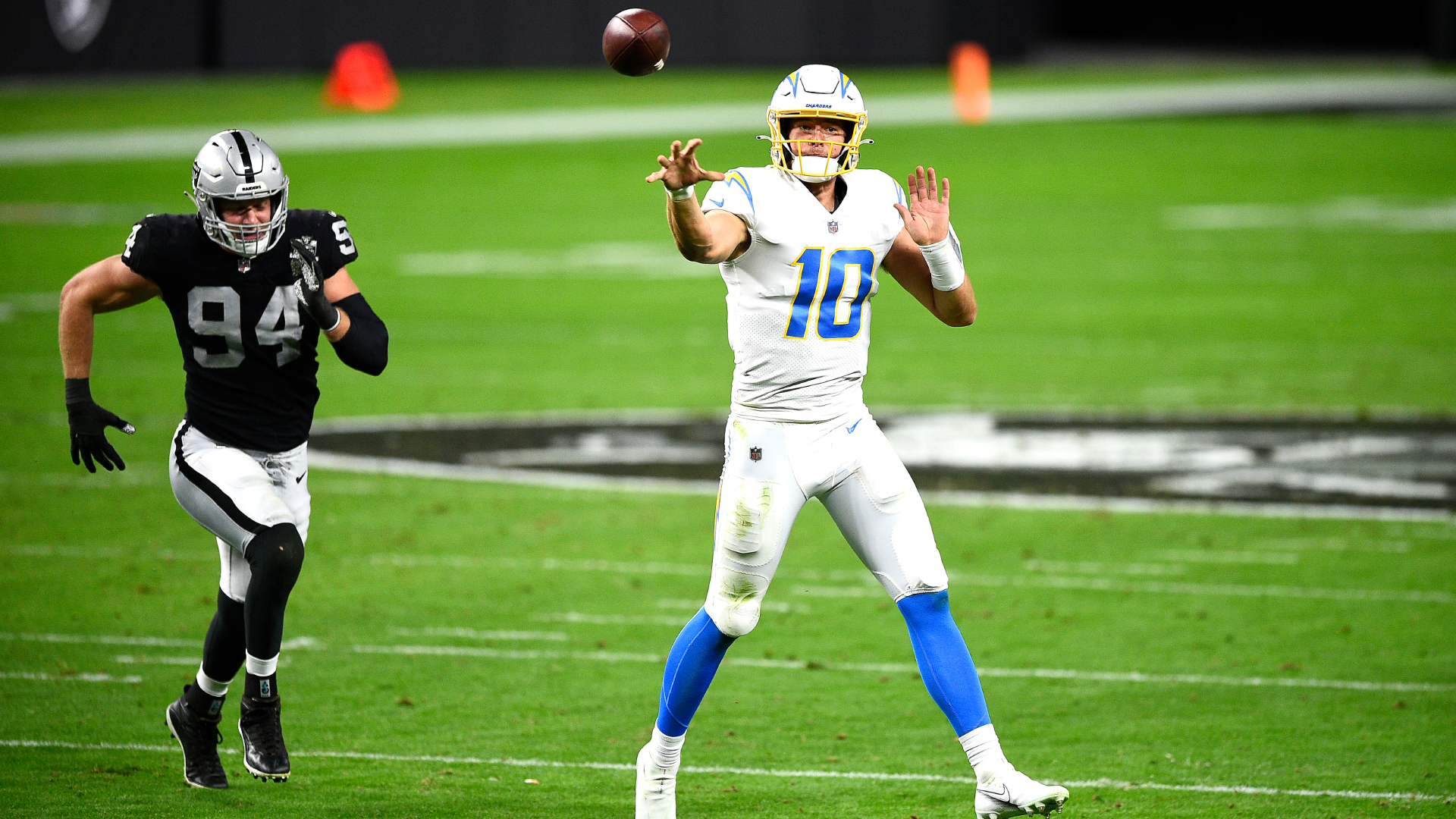 Justin Herbert paid tribute to the Chargers’ receivers after equaling an NFL record in this team’s win over the Raiders on Thursday night.

Herbert dived in for the winning touchdown in overtime for the 30-27 victory, but before that, the Los Angeles quarterback equaled Baker Mayfield’s record for most touchdown passes thrown by a rookie in a season, reaching 27 by throwing two against Las Vegas.

Herbert, the sixth overall pick in the 2020 NFL Draft, preferred to focus his praise on the Chargers’ receivers.

“I think some pretty talented receivers that make a lot of plays and having those guys on the outside,” he told NFL Network. “Keenan [Allen], Mike [Williams], Jalen Guyton, Tyron Johnson and Hunter Henry as well, they’ve done such a great job this year and just so glad to be a part of their team.”

Herbert was 22 of 32 for 314 yards and two touchdowns as the Chargers all but ended the Raiders’ playoff chances. He rushed over from a yard for the game-winner as the Chargers responded to Daniel Carlson’s field goal in OT.

Herbert became the first rookie in NFL history to throw for 300-plus yards and also score the winning TD in overtime in the same game, as per Stats Perform.

“It was all kind of a blur, went out there, Jalen Guyton made a hell of a catch, got down there and from there it was kind of a blur,” Herbert said of Guyton’s 53-yard reception to set up the winning touchdown.

“We ran a couple of plays (on the goal line), thought we got in, thanks to my offensive line for blocking so well and we got in there.”