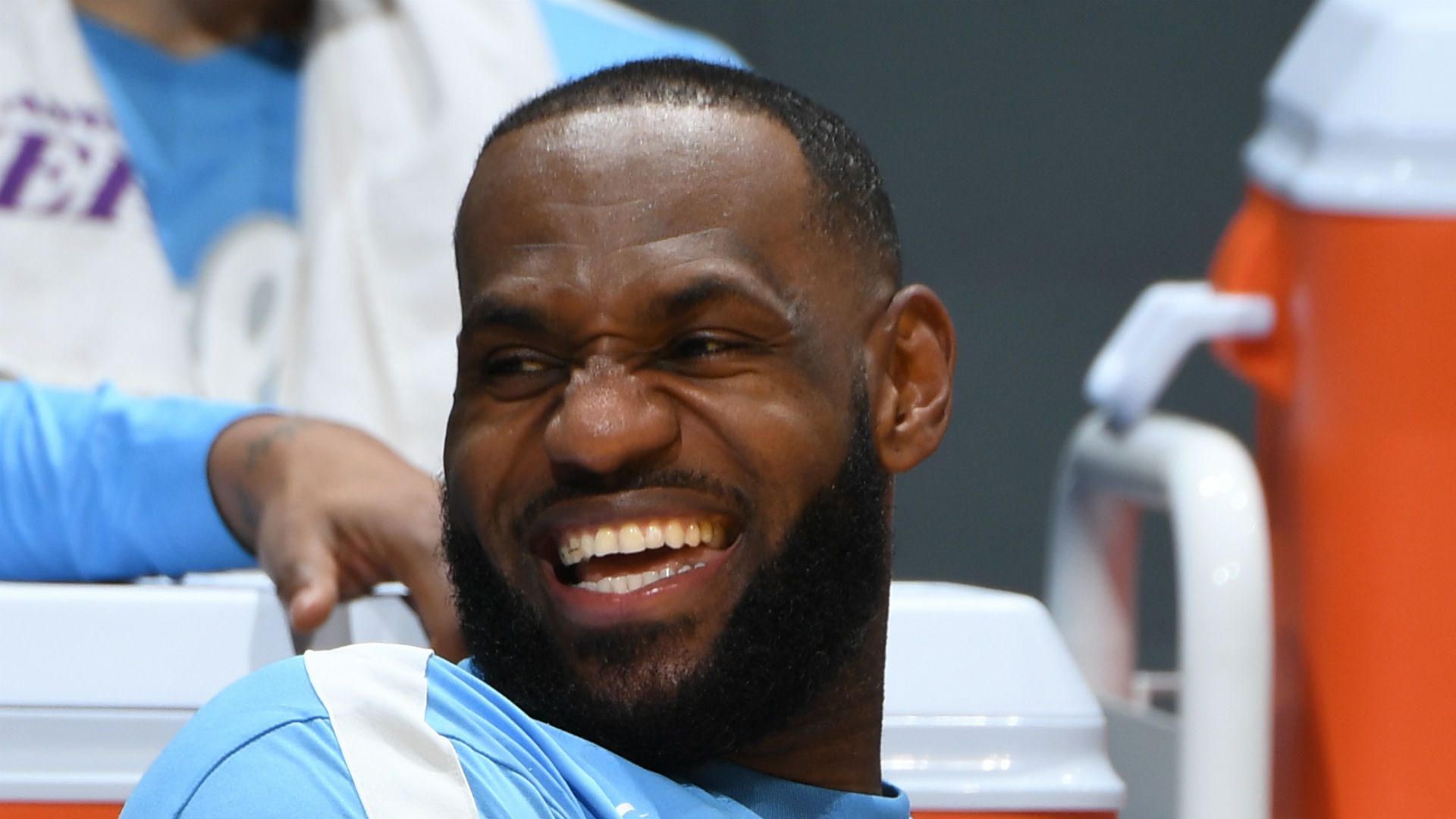 LeBron James joked he would try drinking wine upside down to avoid a repeat of his airball free throw during the Los Angeles Lakers’ victory over the Dallas Mavericks.

Four-time NBA MVP James had 22 points, 10 assists and seven rebounds as the Lakers won 138-115 at Staples Center on Christmas Day, but his failure even to hit the rim with a shot from the stripe in the third quarter drew a lot of attention.

The 35-year-old was cleared to face the Mavericks despite rolling his left ankle in the opening-day loss to the Los Angeles Clippers, which he playfully suggested he would treat in an unconventional way.

“I’ll ice it, and I’ll drink some wine that will flow right to the ankle. I can make sure I can drink on the left side of my body so it just goes right down to my left leg, right down to my ankle,” James said at the time.

He joked that his missed free throw was a negative side-effect and he would look to rectify that by changing the way he drinks.

“I told you the other night when I drink the wine goes straight down to the left side of my body. Tonight, I shot the free throw with my right hand, so that had bad side-effects,” James said. “So I’ll see if I can drink some wine, if I can shoot it down to the right side of my body, maybe that’ll help with my free throws and give me a little more strength to where it doesn’t hit absolutely nothing. We’ll see what happens. Maybe I need to drink upside down tonight, maybe, vampire style. We’ll see.”

The 16-time All-Star has now posted at least 20 points and 10 assists in four Christmas Day games, with only Oscar Robertson (seven) having more.

However, James moved past Robertson for all-time points on December 25 by taking his tally to 383 in 15 appearances. Only Lakers great Kobe Bryant (395 points in 16 games) has more.

But it was not just James doing the scoring against the Mavs. Anthony Davis had a game-high 28 points, Montrezl Harrel had 22 off the bench and Dennis Schroder and Kyle Kuzma put up 18 and 13 respectively.

“That’s what the game called for, being well balanced. We had four guys who were basically in the 20s,” James said. “We have the ability to where we can have four, maybe five guys, scoring in the 20s. On any given night, as long as we’re sharing the ball, as long as we’re efficient, it’s a beautiful thing to see.”

Schroder has reportedly begun talks with the Lakers over a contract extension, having turned down an initial offer before the start of the season.

The point guard is in the final year of his existing deal and will become eligible for more years and money through an extension in February.

Asked for his thoughts on prolonging his stay with the Lakers, Schroder said: “I would love to. It’s just got to be fair on both sides.”