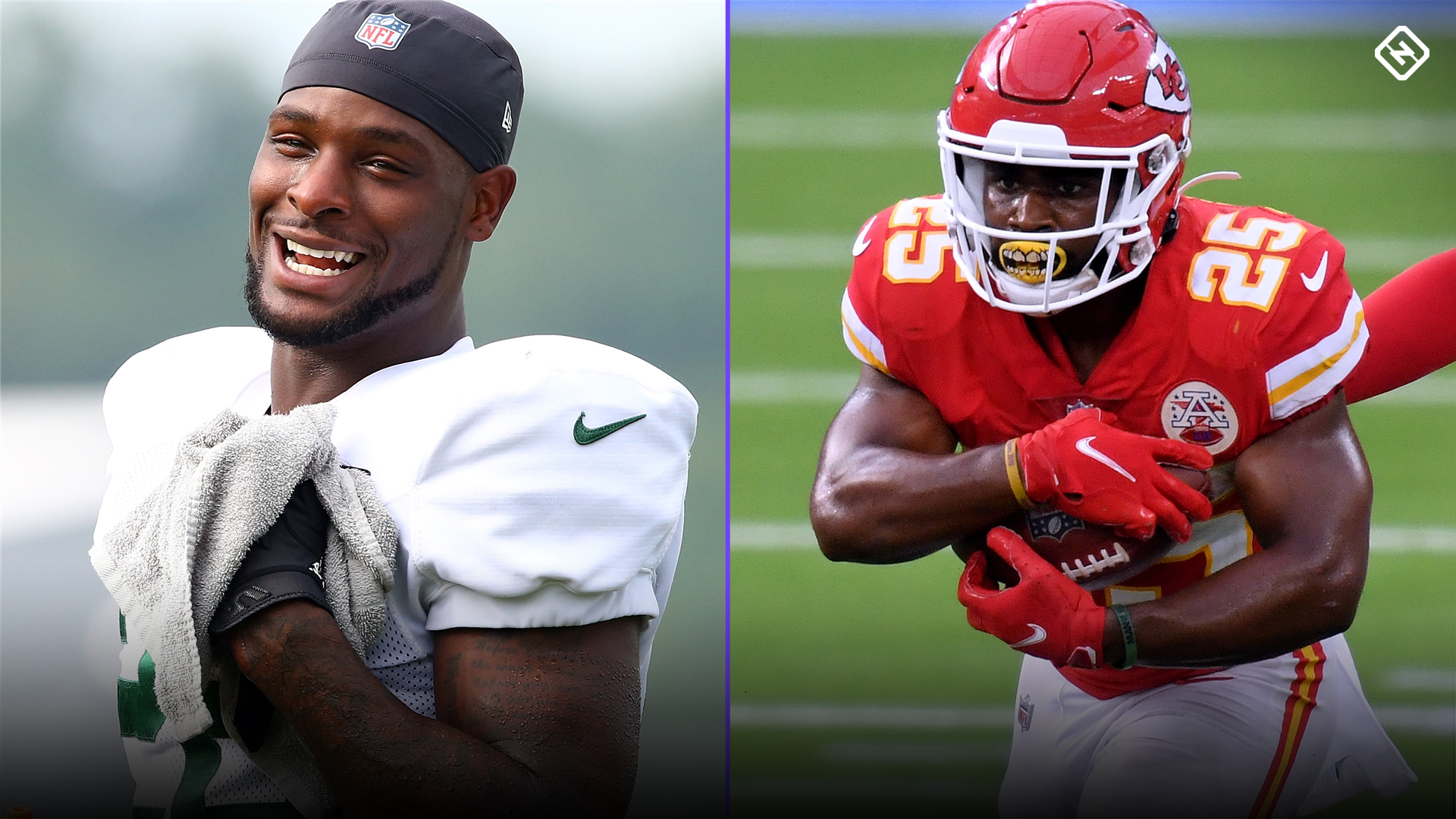 The fantasy football world was shocked when the Jets released Le’Veon Bell on Tuesday night, but perhaps just as surprising was his decision to sign with the Chiefs on Thursday. Bell will join a crowded backfield that already features Clyde Edwards-Helaire and has talented handcuffs Darrel Williams and Darwin Thompson. As is often the case with midseason trades or signings, owners are wondering how this move affects the rest-of-season fantasy outlooks of the players involved — in this case, that primarily refers to Bell and Edwards-Helaire. We’ll break it all down, as well as if this move should affect your Week 6 start ’em, sit ’em decisions.

In case you missed it, we’ve already discussed what Bell’s release means for the Jets’ RB situation. For more fantasy updates and all the latest news, follow us on Twitter @SN_Fantasy.

After sitting out all of 2018 and changing teams, Bell had a disappointing ’19 with the Jets, rushing for just 789 yards. He did catch 66 passes for 461 yards, so that part of his game is still strong, but in 17 games with the Jets since the start of last season, Bell has averaged just 3.3 yards per carry and dented the end zone four times.

Obviously, a chunk of that lack of production is on the Jets poor offensive line and offensive system, but Bell hasn’t done anything to help himself. At 28 and with 1,968 career touches (counting the playoffs), it’s fair to wonder just how much he has left in the tank. Motivation is also a factor (though one we can only guess about), as Bell seemed to revel in his time off in ’18, releasing a rap album and generally enjoying himself in Miami.

Now with the Chiefs, Bell will undoubtedly need a few weeks to get up to speed in the offense. Considering he’s already missed three games this year because of a hamstring injury, Kansas City will likely be in no hurry to give him significant touches, instead easing him into the offense. Kansas City frequently throws to its RBs and is better running team than New York, averaging 119.4 rushing yards per game and 4.5 yards per carry compared to 103.4 rushing yards/game and 4.1 yards per carry.

What Bell loses in guaranteed touches, he makes up for in potentially higher ceilings on a week-to-week basis once he gets settled in. It might not be for a few weeks, but Bell figures to be flex play in PPR leagues most weeks, at the least. Chances are, he won’t suit up on Monday night with Kansas City — and if he does, he won’t play much — so you can leave him on your benches for the time being.

After a big Week 1, it’s been a slow burn for Edwards-Helaire, who was drafted in the first round of many fantasy drafts. The rookie out of LSU hasn’t topped 64 rushing yards or scored in a game since the season opener, and he’s only once been over 40 receiving yards all season.

Clearly, the Chiefs feel CEH is missing something if they felt the need to acquire Bell. This might be because of concerns about CEH’s ability to finish around the goal line, and it also might be because of some issues he’s had in pass-blocking. Either way, his value figures to eventually take a big hit, as Bell could easily become the goal-line back or steal passing-down opportunities.

For now, CEH will still be the starter, as Bell is unlikely to play much, if at all, this week. Edwards-Helaire will continue to have value most weeks, but he might be no more than a flex, which is obviously not what fantasy owners were expecting when they drafted him. It’s too late to trade him for much, so you have to plug him in your flex spot and get what you can.

It’s possible he could continue to receive 15-plus touches and Bell is more of an insurance policy/third-down back, so if you can acquire him for next to nothing, it’s worth a try, but CEH isn’t worth giving up a consistent starter for.