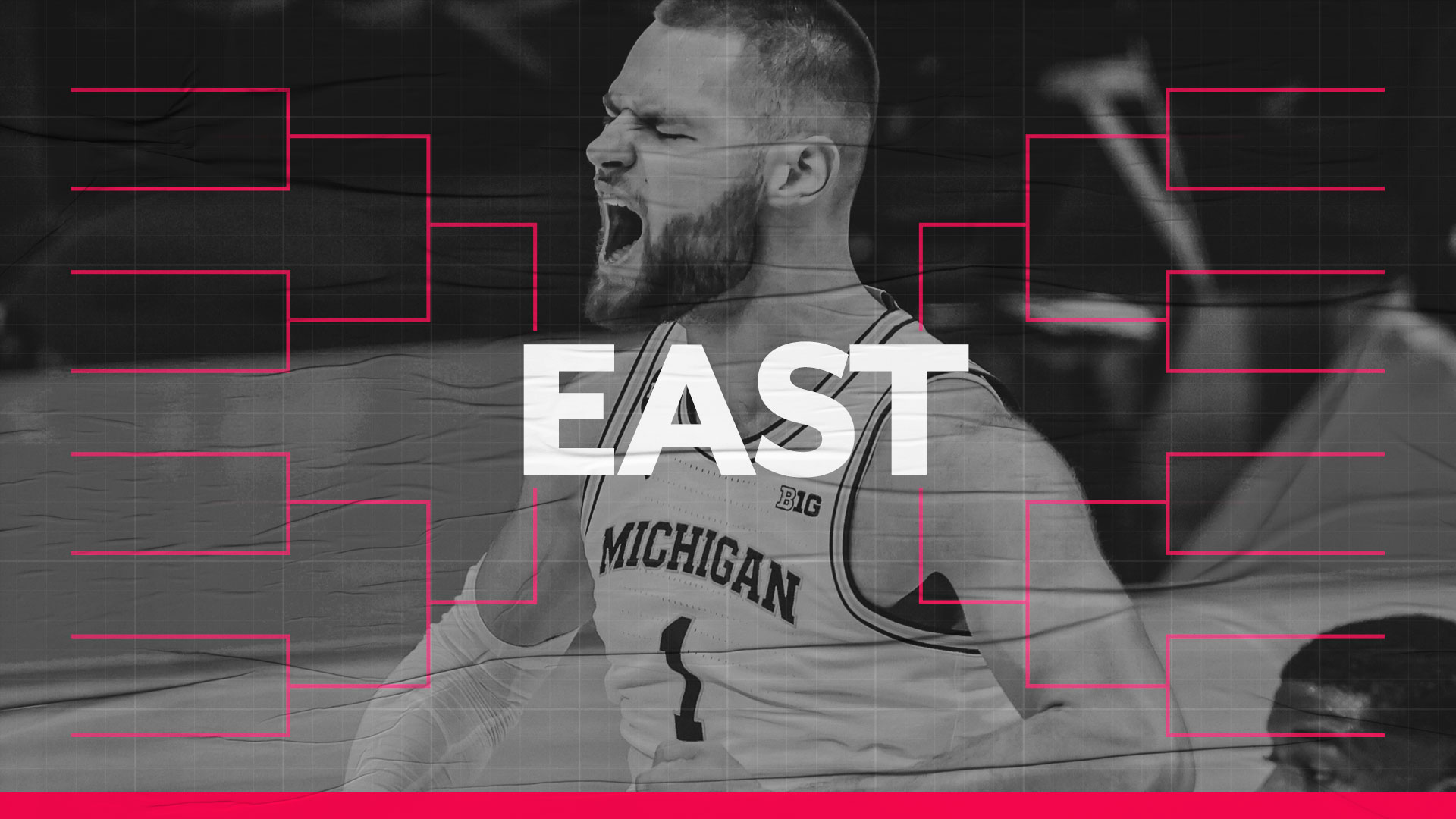 Georgetown is back. Well, the Hoyas aren’t back to being that Georgetown, but they’ve got a guy who looks a teeny bit like Allen Iverson on the floor (freshman guard Dante Harris) and a guy who looks exactly like Patrick Ewing on the bench (because he is Patrick Ewing, now the head coach). And they pulled off a miraculous Big East Tournament run to go from 9-12 on the regular season to 13-12 and sitting on the No. 12 seed line in the NCAAs. It is the program’s first trip to the tournament since 2015. This was the first Big East Tournament title since 2007. And it’s an enormous sense of validation for Ewing, whose team was picked to finish last in the Big East after such talented players as James Akinjo and Mac McClung transferred out during last season.

No. 8 LSU vs. No. 9 St. Bonaventure. The Bonnies still have lost only four times this season, their season shortened by a pause that wiped out most of preconference play. They play an efficient brand of ball that emphasizes control and ball movement. It will be fascinating to see how they handle an LSU team whose defensive indifference generally causes opponents to speed up their game, which is exactly what the Tigers want them to do, because few have the requisite firepower to remain competitive. All you need to know about the difference in styles is that LSU has three players (Cameron Thomas, Javonte Smart and Trendon Watford) averaging more points than the Bonnies’ leader (Kyle Lofton).

No. 4 Florida State. The Seminoles wound up 3-4 against Quad 1 opponents following their disappointing late-season decline. And their early loss to No. 103 UCF never disappeared. They blew opportunities at two championships in a week. The first occurred when they failed to get defensive stops and allowed Notre Dame to score 83 points, with an ACC regular-season title on the line for FSU. The second happened Saturday when they committed 25 turnovers and capitulated against a Georgia Tech side that any of us can call uninspiring, but that now can call itself ACC champion.

No. 11 Michigan State. This is the second consecutive NCAA Tournament in which one of the committee’s most egregious botches involved the Spartans. The first came infamously in the 2019 tournament, when they were assigned the No. 2 seed in the East Region (which contained No. 1 overall seed Duke and superstar Zion Williamson) rather than the Midwest (which did not) because it was 120 miles closer from East Lansing to D.C. The single location in 2021 (Indiana) meant we could expect to be spared such absurdity, and generally we were. But placing the Spartans into a First Four game with UCLA made zero sense with less accomplished teams such as Utah State and Syracuse placed directly into the first round. None of those teams was exceptional, but MSU defeated NET No. 3 Illinois, No. 4 Michigan and No. 8 Ohio State. There are teams on the No. 2 seed line that can’t approach those wins. Syracuse won a single Quad 1 game and griped that its only such opportunities came in road games, as if it were forbidden to win at least one more. Utah State’s only victories against the field came in a home series against No. 7 San Diego State. This one is baffling.

No. 11 Michigan State over No. 6 BYU. There’s no telling what Spartans team will show from game to game, and that’s partly because one never knows which five guys will be on the floor. They have 11 players averaging at least nine minutes. It’s nice to know your team has depth. It also would be nice to know you have five dependable guys. But they still have shown the capability to truly excel in games when guard Rocket Watts is finding his shot and coach Tom Izzo finds the right combination of players.

No. 1 Michigan vs. No. 8 LSU. The Tigers rank 125th in defensive efficiency. Michigan loves to play a quickened game and should settle right into that approach. How effective the Wolverines will be without star forward Isaiah Livers was not totally established in Saturday’s Big Ten semifinal game against Ohio State, in which they lost but only fell by a bucket when they chose to play for the final shot while trailing inside the final 30 seconds. That’s all the more reason to believe this could be a terrific 40 minutes of basketball.

Alabama guard John Petty vs. Connecticut guard James Bouknight. There is no more dynamic guard in the tournament than Bouknight, who can float above the rim for thrilling finishes as well as punish defenses with his deep shooting. Petty has not developed into an elite scorer, but he knows how to play, knows how to defend and understands his role beautifully. Their intersection could be dazzling.

UNC Greensboro coach Wes Miller. He played for North Carolina’s 2005 NCAA championship team and is making his second NCAA Tournament appearance with the Spartans, with whom he has won three Southern Conference regular-season titles. He has a 185-134 record in 10 seasons and has won 20 or more games and 13 or more SoCon games in each of the past five seasons. We tell you all of this because there figure to be a lot of coaches losing their jobs this spring, and those programs would be wise to give Miller a good look. Would he be interested, or will he wait until whenever Roy Williams retires from North Carolina?

Michigan sophomore Franz Wagner finally emerges as the star he is capable of becoming. Without injured forward Isaiah Livers, the Wolverines will not contend for the title without someone stepping forward and handling the production he delivered so often. Wagner has been content to play a total floor game — rebounding, defending, coming up with turnovers. But he has the ability to operate as an elite scorer, something he has not yet embraced. In the Big Ten semis, he so obviously didn’t embrace it that he fouled out. That can’t happen. Ever. The Wagner who delivered three games of 19 or more points in a four-game stretch is the guy who can carry Michigan to the Final Four.

No. 5 Colorado. So many people are going to pick Georgetown because they like the idea of a relevant Georgetown, or they saw how magnificently the Hoyas played in the Big East Tournament, but Colorado still has much to recommend as a basketball team and only lost the Pac 12 title by two points, on a day when the Buffaloes did not play well. Point guard McKinley Wright is a magnificent leader and playmaker. Evan Battey is a wide-body who makes it hard to move in the post. Colorado could surprise us all.

Alabama. Yes, it seems unfair for the Tide to play at a national championship level in both football and basketball, but they can be symbiotic. There was a time when it was believed that coaches at the biggest football-playing schools had no time even for the notion that basketball was worthwhile, but they’ve come around to the idea that bringing a football recruit to a basketball game can show there is enthusiasm for the school and a fun atmosphere for those interested in becoming involved. And football weekends always have been huge for hoops recruits. So Alabama can be great at both, especially if it has guys like Jahvon Quinerly, Herbert Jones and John Petty on the floor. This is the most talented and experienced team the Tide figure to have for a long while.