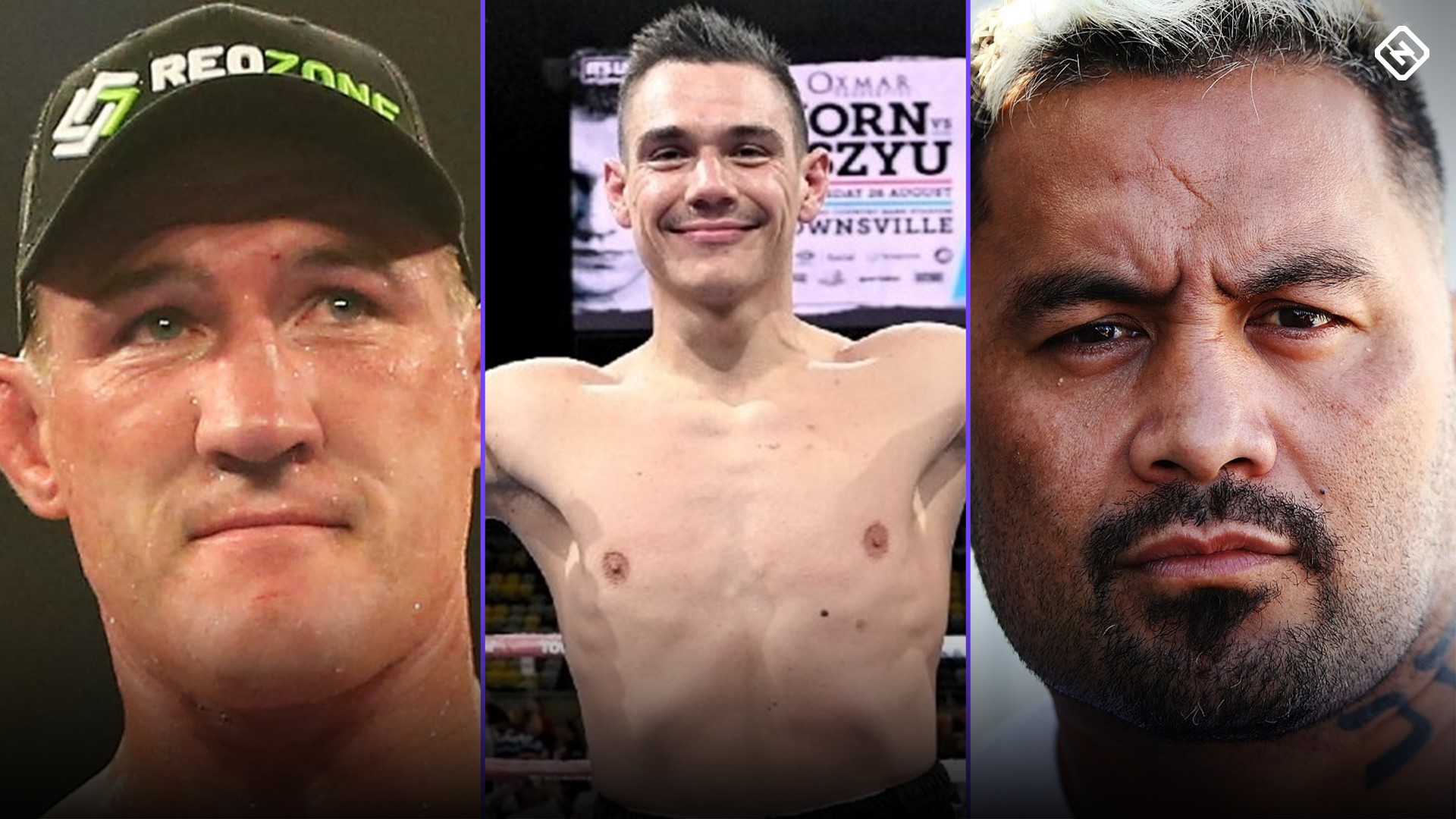 A blockbuster card featuring Tim Tszyu fighting world-ranked New Zealander Bowyn Morgan and a mouth-watering showdown between Mark Hunt and Paul Gallen will round out 2020 with a bang.

In a year severely disrupted by COVID-19, Tszyu will become the only fighter in the world to headline two stadium fights in 2020.

The long-awaited Hunt-Gallen showdown has also finally be made official and will be the co-main event to Tszyu’s fight with Morgan.

Here’s everything you need to know about the card.

WHEN IS HUNT vs GALLEN AND TSZYU vs MORGAN?

The fight will be held on Wednesday, December 16.

WHERE IS HUNT vs GALLEN AND TSZYU vs MORGAN?

The fights will be held at Bankwest Stadium in Parramatta.

It will be the first stadium show Sydney has staged since the Anthony Mundine vs Danny Green epic 15 years ago.

ARE TICKETS AVAILABLE FOR HUNT vs GALLEN AND TSZYU vs MORGAN?

Yes they are! Tickets have gone on sale for the mega-event at Bankwest Stadium via Ticketek.

HOW TO WATCH HUNT vs GALLEN AND TSZYU vs MORGAN

You can also stream the fight on Kayo using this link right here.

This is going to be the best domestic card of 2020, with a stack of local talent due to fight.

Here are the tantalising fights we know of so far.

NOTE: Bowie Tupou has been forced out of his heavyweight fight with Demsey McKean. A replacement is being sought for McKean.

Tensions are escalating with under two weeks to go until fight night.

Hunt and Gallen have been going back and forth through the media and on social media, with Hunt calling Gal a “grub.”

Hunt’s last UFC appearance was in Adelaide in 2018, but the Super Samoan has been training most of the year and is in great shape.

“I’ve been punching people in the face for 20 years,” he said.

“Gallen’s an athlete, but he’s been tackling people – I’ve been punching people in the face.”

Hunt, 46, predicts he’ll knock Gallen out in the sixth round.

Gallen doesn’t believe the fighter who will meet him in the ring is the same man who scored all those highlight reel knockouts in the UFC.

Paul Gallen says he’s too fit and too fast for Hunt, predicting a knockout win on December 16.

Hunt hasn’t fought in two years, with Gallen saying he just needs to weather the early storm to secure a win.

A veteran of over 20 years in the fight game, Hunt isn’t concerned with Gallen’s threats.

After sitting ringside for Gallen’s draw with Barry Hall a year ago, the Super Samoan says Gal doesn’t offer much of a threat.

Mark Hunt has fought twice – both fights were over 20 years ago.

He recorded a loss and a draw, breaking his hand in the draw.

Paul Gallen is undefeated in 10 professional bouts, holding a 9-0-1 record.