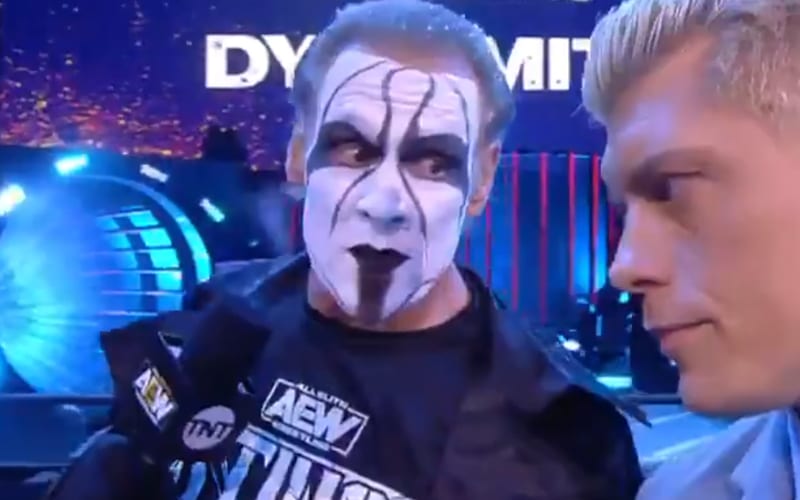 Sting used to wrestle on TNT all the time, but that was decades ago, and for a company that no longer exists. Now he is with AEW, and he’s back on TNT where he considers himself at home.

Click here for our complete coverage of AEW Dynamite this week.

Sting hinted at a couple of future feuds when he showed up on Dynamite this week. He especially took notice of Darby Allin and Cody Rhodes. Before Sting let, he looked at Cody and said, “see ya ’round, kid.” That is exactly what The Icon tweeted out to Cody following the show.

“In the jungle. On TNT. Once again,” Sting tweeted out after that. Then he retweeted a message from AEW On TNT which said Sting’s hug with Tony Schiavone was “the bromance we didn’t know we needed.”

We’ll have to see what’s next for Sting in AEW, but he’s off to a very interesting start.