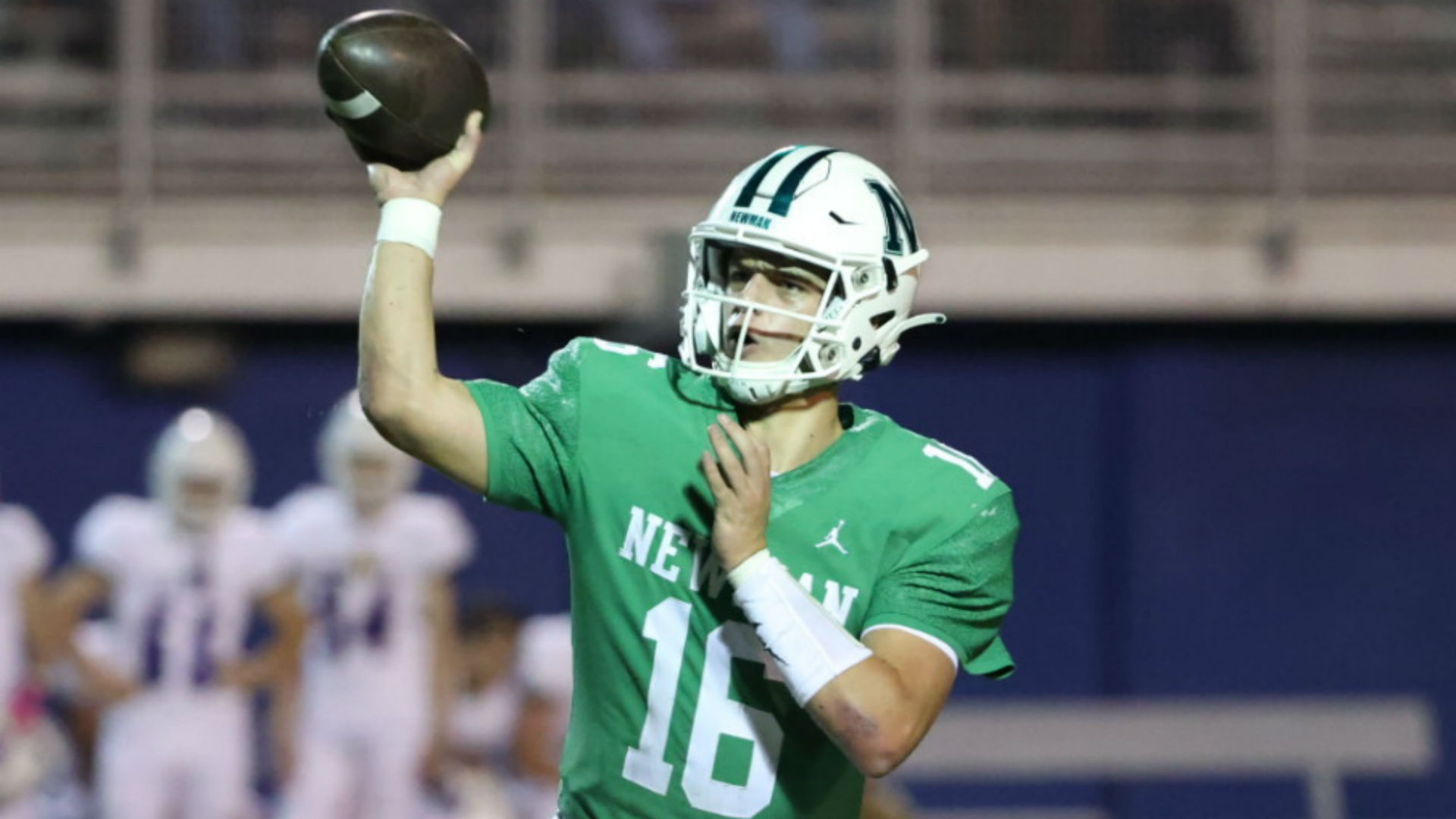 Football recruiters have long known Arch Manning’s name. A national audience will get familiar with the latest quarterback out of the Manning family tree on Thursday night on ESPN2.

That’s when Arch, the son of Cooper and nephew of Peyton and Eli, and his Isidore Newman (Louisiana) team will take on Booker T. Washington (La.). Arch is a sophomore and regarded as one of the top quarterbacks in the Class of 2023 after a standout freshman year at the same high school attended by Cooper, Peyton and Eli. Arch’s high school coach told ESPN they just want to “let Arch be Arch.”

“Arch is his own entity,” Isidore Newman football coach Nelson Stewart told ESPN. “That’s one thing we tell him is, you be yourself. What a great resource he has with his uncles, grandfather and dad that can work with him and help, but as a sophomore, I would hope no one would put that label on him because there’s so much growth still to happen. We let Arch be Arch, let him be a sophomore.”

Soon enough, it seems Arch will be on national broadcasts every weekend as a college quarterback. For now, this is what you need to know about Arch Manning.

Where does Arch Manning go to high school?

Manning attends the Isidore Newman School in New Orleans, Louisiana. It’s a private, nondenominational school that educates all the way from pre-K through high school.

MANNING NIGHT FOOTBALL: How ESPN can bring back its ‘MNF’ magic

The father of Cooper, Peyton and Eli, Archie played his college football at Ole Miss before playing in the NFL from 1971-1984. Archie started 139 games in his NFL career, mostly for the Saints, before finishing his career as a backup in Houston and Minnesota.

Archie was a career 55.2 percent passer who threw 125 touchdowns and 173 interceptions. Ironically, his best season statistically may have come in 1980, when the Saints went 1-15. Archie threw for a career-best 3,716 yards in 1980 with 23 touchdown passes and 20 interceptions.

The oldest Manning brother, Cooper was a wide receiver with Division I aspirations. In his senior year, Cooper caught passes from Peyton and surpassed 1,000 receiving yards, a mark that wouldn’t be reached at Isidore Newman again until Beckham did it.

Cooper signed a scholarship to Ole Miss but eventually was diagnosed with spinal stenosis that ended his football career before he could play in college. The condition forced Cooper to learn to walk again. Peyton wore the No. 18 after his brother’s career was ended, because Cooper had previously worn 18.

A future Hall of Famer, Peyton went to Tennessee out of high school before being the No. 1 selection in the 1998 NFL Draft by the Indianapolis Colts. He made 14 Pro Bowls, won five MVPS and emerged victorious in two Super Bowls, one with the Colts and one with the Denver Broncos.

Peyton set records first in 2004 and again in 2013 when he threw 49 touchdowns and then 55 touchdowns. He finished his career with 539 passing touchdowns and a completion percentage of 65.3 percent.

Eli followed in his father’s footsteps and played at Ole Miss. He was the No. 1 pick in the 2004 NFL Draft by the San Diego Chargers, but he helped orchestrate a trade to land him with the New York Giants.

Twice, Eli led the Giants to upsets of the New England Patriots for Super Bowl victories. To beat the undefeated 2007 Patriots, Manning needed help from a miracle catch by David Tyree, who used his helmet to secure a prayer tossed up by Eli. Eli finished his career as an NFL starter with an even 117-117 record, and he threw 366 touchdowns.

Arch, the son of Cooper and nephew of Peyton and Eli, is a sophomore in 2020 at Isidore Newman high school. He’s already 6-3 and has the eyes of recruiters across the country on him. As a freshman, Arch threw 34 touchdowns compared to only six interceptions, according to MaxPreps.

Arch was never going to be able to avoid recruiters for long as he threw dimes with the Manning name on the stat sheet. Recruiting services have already taken notice.

You can get a good look at Arch’s talent with these highlights from the second game of his sophomore season.

Isidore Newman also features one highly sought after recruit: A.J. Johnson, a wide receiver. He’s a top-300 junior in the country, according to ESPN, and is Arch’s top target.