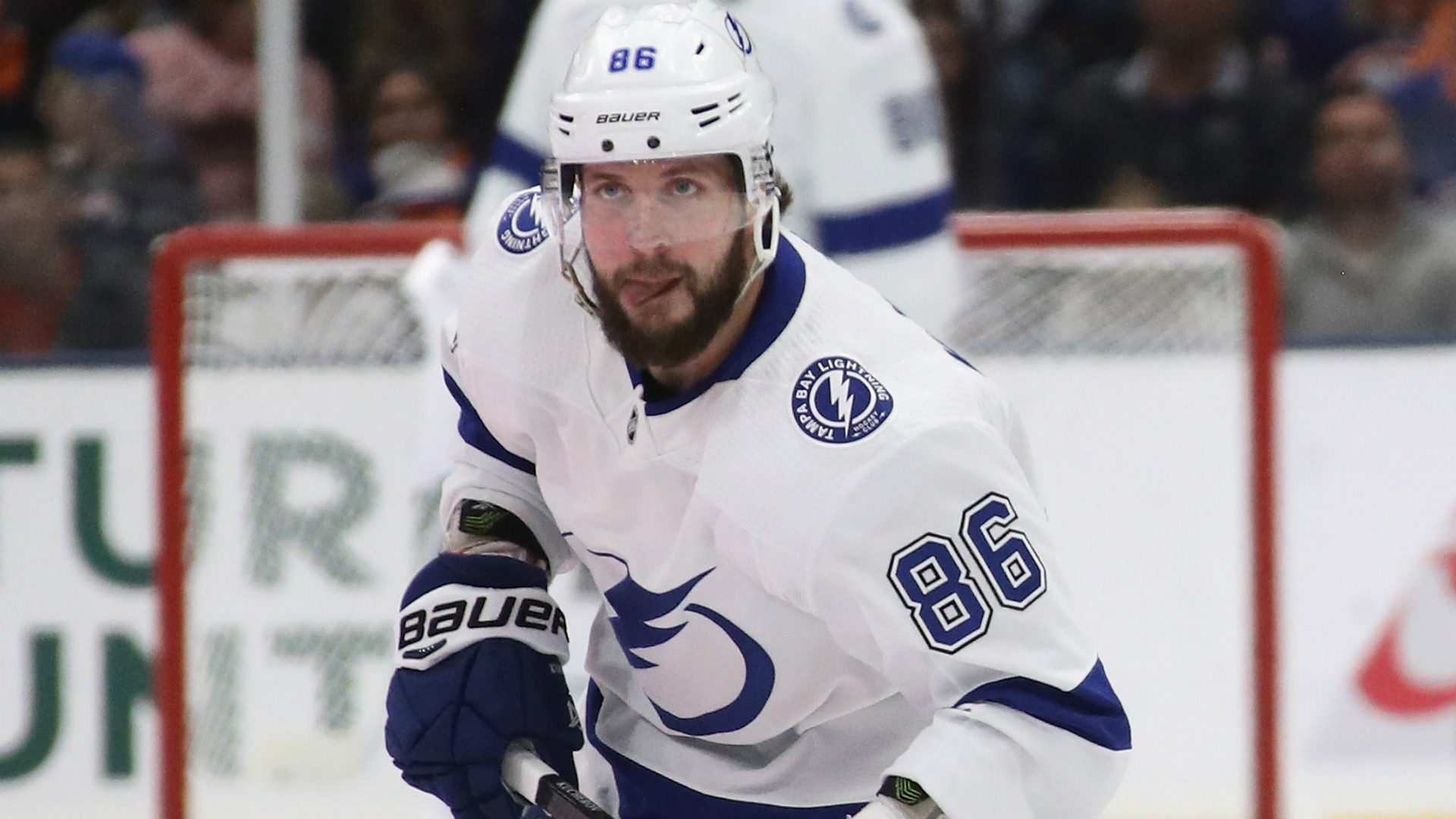 The Lightning suffered a big blow Wednesday night when forward Nikita Kucherov left their Stanley Cup playoff game vs. the Islanders early in the first period because of an injury.

Kucherov skated off the ice after delivering a hit to Isles forward Mathew Barzal two minutes into the game. It wasn’t clear whether the injury occurred on that play or when he was cross-checked in the back by New York’s Scott Mayfield seconds earlier.

Not sure if it contributed to the injury but Kucherov cross-checked earlier that shift by Mayfield in corner. Was a bit slow to get up there too pic.twitter.com/7Hp1MA9PAq

Mayfield was not penalized for his stick work.

Kucherov did not return for the start of the second period. He had just 46 seconds of ice time before exiting. The Lightning have not provided an update on his status.

Tampa Bay will need to create ways to make up for the loss of Kucherov’s offense. The 2018-19 Hart Trophy winner is the club’s leading scorer this postseason with a league-high 27 points (five goals, 22 assists) in 17 games. He sat out the entire regular season as he recover from offseason hip surgery.

The Lightning led 2-1 late in the second period as they tried to close out this year’s Eastern Conference finals and advance to the Stanley Cup Final for a second consecutive year. Brayden Point scored at 16:02 of the first and Anthony Cirelli scored at 12:36 of the second. The Isles cut the lead in half on Jordan Eberle’s goal at 14:22 of the middle frame.

Barzal was back on the ice Wednesday after receiving a game misconduct in Game 5 of the series for cross-checking Tampa Bay’s Jan Rutta in the head.