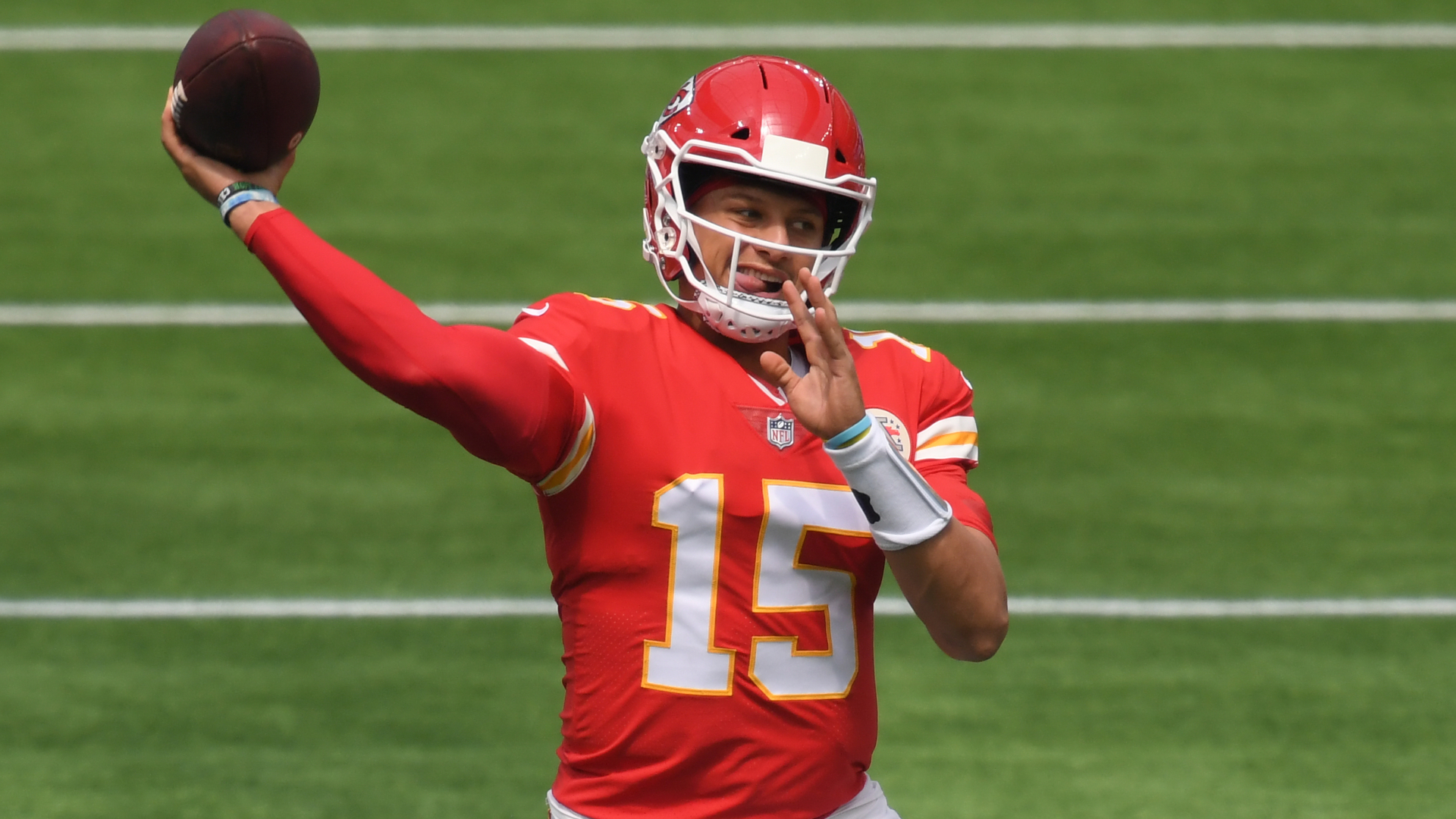 Chiefs quarterback Patrick Mahomes said he is not yet at the level of Buccaneers QB and “global star” Tom Brady.

Mahomes and Brady will go head-to-head in a marquee matchup when the reigning Super Bowl champions travel to Tampa to face the Bucs on Sunday.

NFL PICKS: Straight up | Against the spread

Mahomes is arguably the premier quarterback in the league, having led Kansas City to Super Bowl 54 glory, his exploits capped by further MVP honors in the showpiece contest. The 2018 NFL MVP has carried that form into 2020, but he does not believe he compares to six-time Super Bowl champion Brady at the moment.

“He’s someone that’s a global star,” Mahomes told reporters on Wednesday. “For me, I just try to be myself and go out there every single day and put in the work and try to win football games. All that other stuff kind of comes with it.

“I just try to be a normal guy and live it up with my teammates and have fun doing it.”

Mahomes helped the Chiefs improve to 9-1 thanks to a last-gasp 35-31 win over the Raiders last Sunday. He led a seven-play, 75-yard drive in 75 seconds capped by a 22-yard touchdown throw to Travis Kelce 28 seconds from the end in Las Vegas.

Brady, meanwhile, struggled in Tampa Bay’s 27-24 loss to the Rams on Monday, throwing two interceptions as the Bucs dropped to 7-4 for the season  He was 26 of 48 for 216 yards and two touchdowns, but 0 for 6 with two interceptions on deep passes against the Rams.

Brady is 0 for 19 on deep passes in his past four games and has missed on his last 22 deep attempts. It is the longest streak for any quarterback since 2017, per NFL Research.

The 43-year-old left the Patriots at the start of the league year. Mahomes said he was “as surprised as everyone was when he wasn’t going back to New England and he was going to Tampa Bay.

“But he’s in a great spot,” Mahomes added. “They’ve got a lot of weapons there and head coach [Bruce] Arians is a great coach and they’re winning a lot of football games. For us, we’re just going with the same mindset as if we’re going to play any other great football team and we’re going to have to battle every single play.